In June I visited the lily garden in Maishima, sadly it was nearly the end of the season so a lot of flowers were past their best. It still smelt lovely though, and from some angles looked full!

It was a little awkward for us to get there, and we had to take a train and sweaty cramped bus ride. It cost ¥1000 to enter the garden which I thought was a little overpriced. 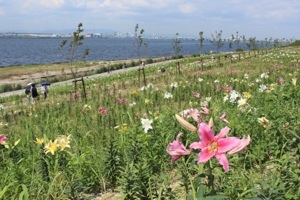 The garden is right by the sea so you can watch big container ships passing by, it took us about 30mins to stroll around. It was very hot, and it would have been nice to picnic there but there were lots of signs saying no eating. On the way out there were some catering vans where you could get fish and chips or curry rice. But seeing as I’d brought a picnic we left and went to the small park opposite.

An observation area with a good view of the sea!

We had a nice quiet picnic and played scatch (the velcro catch game) before heading back. I didn’t realize but I’d gotten really sunburnt on my arms even though I used lots of sunscreen ;_; 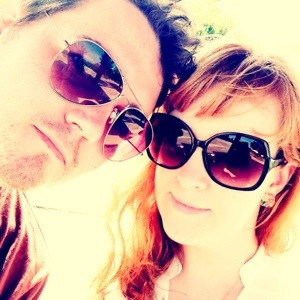