Tanabata always makes me happy, its romantic, and I like all the pretty decorations. This year we couldn’t see the Okawa river milky way in Osaka, as it was on a Tuesday but we did manage to visit Shitennoji Temple again, and we did something new… 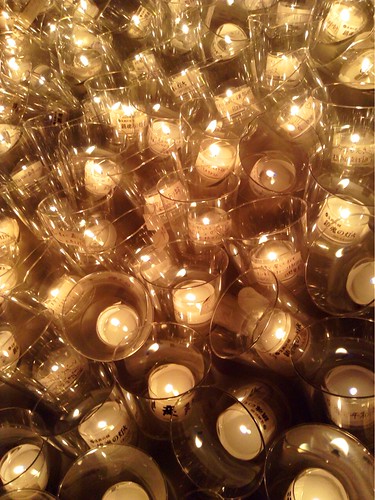 END_OF_DOCUMENT_TOKEN_TO_BE_REPLACED

July 7th was the Tanabata festival in Osaka. We visited Shitennoji Shrine and the Okawa River.

END_OF_DOCUMENT_TOKEN_TO_BE_REPLACED

I hope you all enjoyed Tanabata (Star Festival) last night, it didn’t rain so hopefully the lovers were able to meet!

Last year we were in Asakusa, Tokyo for the festival, we saw a dance parade and got rained on. This year we celebrated Osaka style!

We went to Shitennoji Shrine on Saturday night (6th).

We walked the milky-way and then sat to have a drink and snack, it had just been thunder and lightening pretty bad so we were lucky we didn’t get rained on too much.

Then on Sunday I met with some local lolitas and some of us went back in the day.

There were lots more people and a small stage with dance performances.

Afterwards J and I met up and cycled into town via Tenjinbashi and watched the blue balls in the Okawa River.

It was really fun watching people throw them in and them lighting up as they hit the water! Some of the boats were emptying nets of them into the water too! I wouldn’t like the job of scooping them all out again!

Nara has had some cute Tanabata decorations up all week too.

I thought this one was really cute <3