In October we enjoyed a lovely day trip on a steam train on the Oigawa railway in Shizuoka. 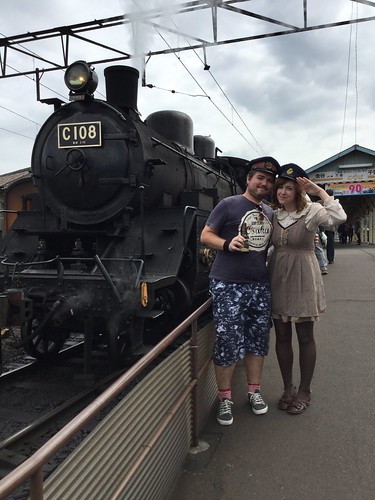 We didn’t know about the railway before arriving in Shizuoka city, and when we checked their website it said reservations had to be made more than 24 hours in advance.

That meant we only had one chance to go, after checking out the hotel in Shizuoka before moving on to our next hotel in Fuji.

I’m a bit of a train geek for Japanese trains and steam trains at least, so we decided to go for it!

The booking system was a bit confusing and I didn’t know if I did it right, but in the end I got a reservation email and when we got to Shin-Kanaya everything was ok. I also booked train bentos as a surprise for J and these needed paying for separately. Also J grabbed some special SL (steam locomotive) beers from the kiosk. 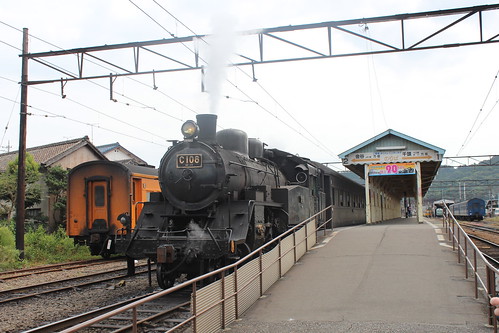 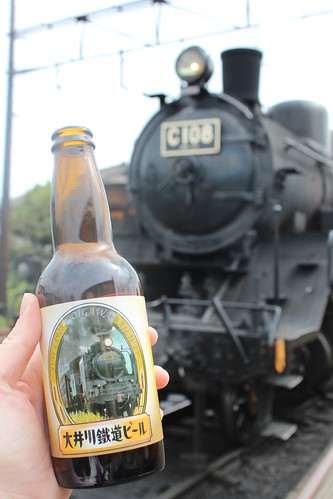 We arrived a little early and saw the steam train pull in, we went through to take some pictures before it got busy. 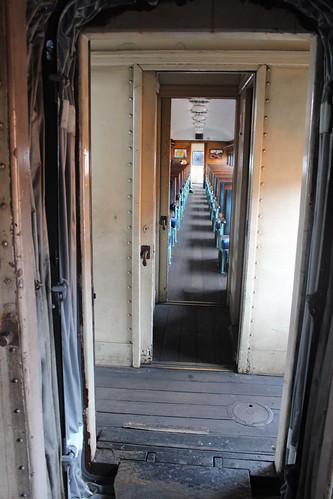 The train inside seemed like in original condition, it looked grubby and grimy but wasnt actually that dirty. The toilets even had old sinks in and the fans were old fashioned too. 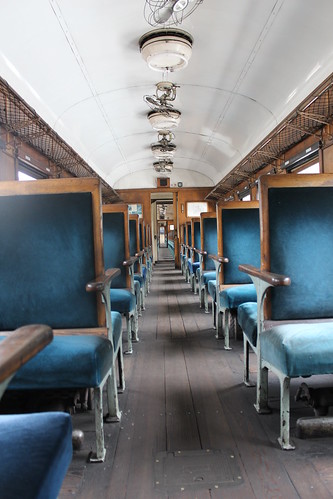 After a while everyone got on board and we set off, we were lucky and had 4 seats to ourselves! The bentos were waiting for us on the seats when we sat down.

After looking out the window for a while we tucked into our SL bentos. 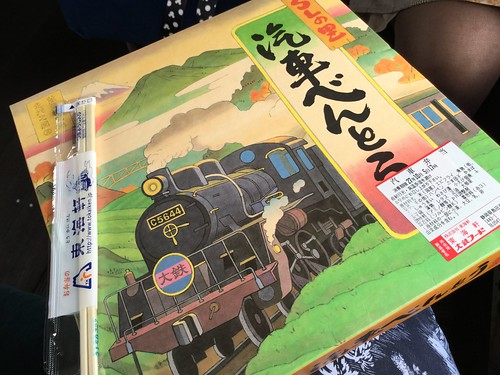 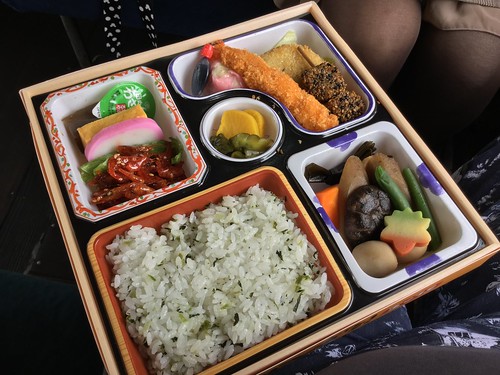 Even the tea was SL themed. 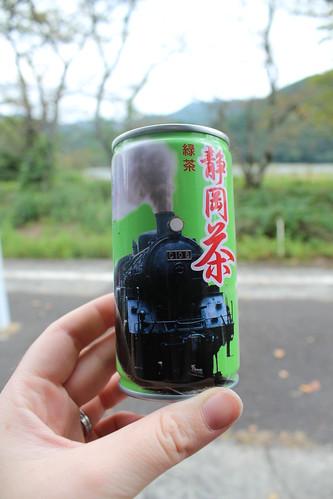 We went through tunnels, past tea plantations and over bridges, the best part was when going over the bridge we could see an onsen with all the naked people leaning over the barrier and waving at us! Haha. 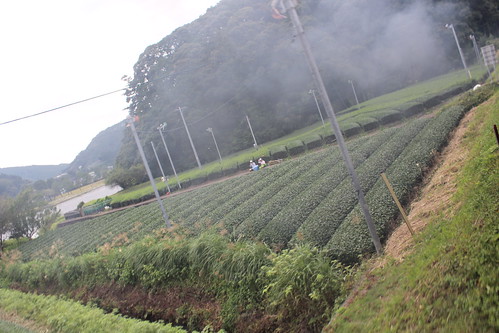 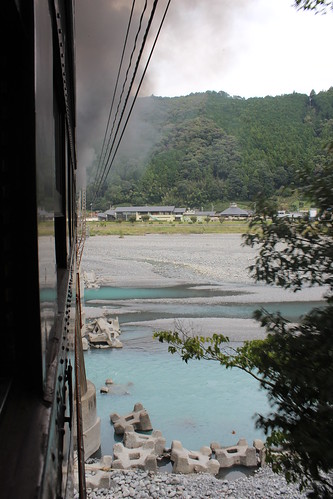 The train conductor came down the train playing harmonica, another lady was selling gifts and a third taking photos. We got suckered into the photo as usual! 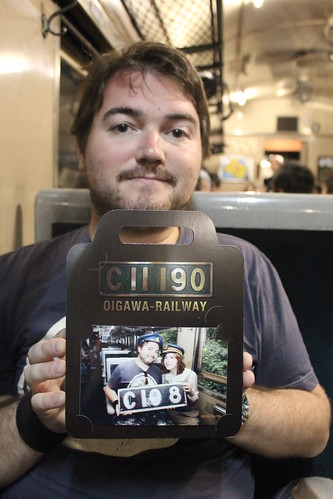 The journey was quite long and when we arrived at the end station we found Thomas the Tank Engines friends Percy and Hiro. 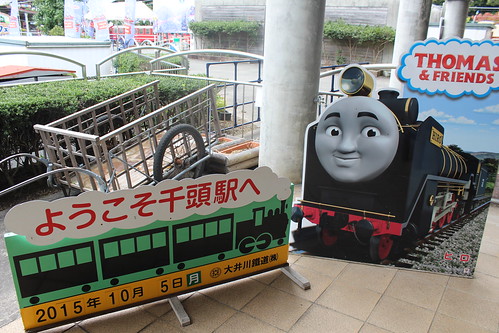 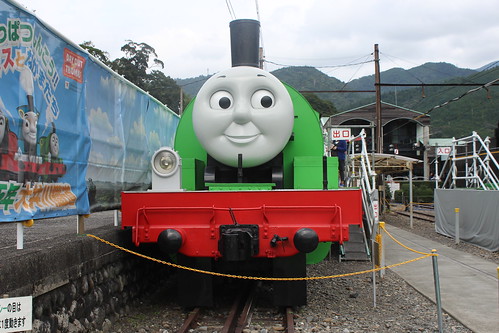 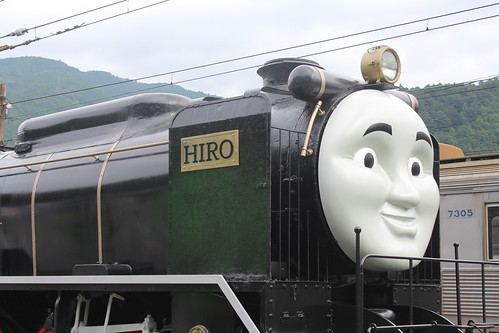 We walked around the local area, met a nice man in his tea shop, and bought some souvenirs. Took some more train pictures and then jumped on the local train back. 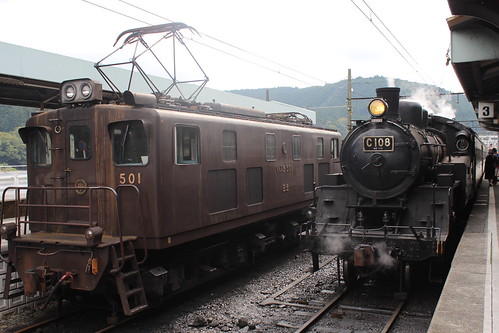 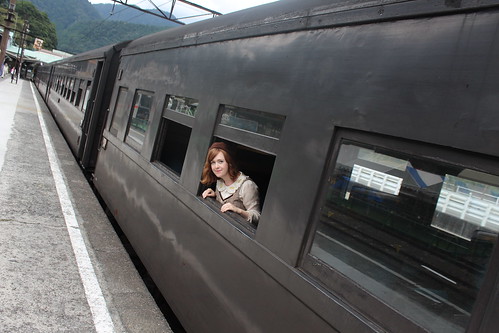 I really enjoyed the day but I think we could have done more if we had planned properly, like visiting one of the onsens along the way.