At the beginning of October I visited TDS with the lovely Kelsey. It was a really hard to choose whether to go to Tokyo Disneyland or Disneysea…TDL seems more halloweeny and they have the Haunted Mansion which becomes Nightmare Before Christmas themed and a halloween parade. On the other hand TDS has the Tower of Terror, not halloween themed but fun and spooky, a halloween villains watershow, Duffy and beer. TDS won by a slither. 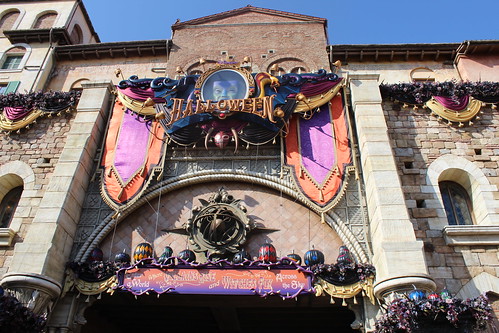 I went to TDL in halloween season a few years ago and that post can be found here. We arrived at opening and went right to Toy Story, OH MY GOD the line was insane, ALL the people were queuing for fast passes. We couldn’t understand it, no wonder the fast passes sold out before I arrived last time I visited. They must queue for over an hour just for a fast pass! Toy Story is good, but its not that good. Instead we went to Tower of Terror, J hates this ride but I love it, and so does Kelsey, so we got fast passes and queued, twice! 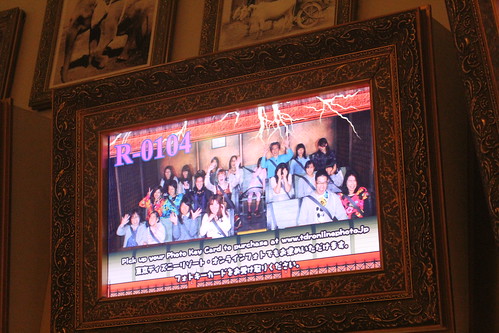 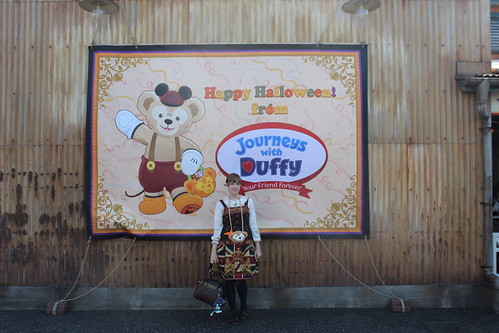 We wandered around to Cape Cod and then took the boat around the park. It was a really nice day for it. 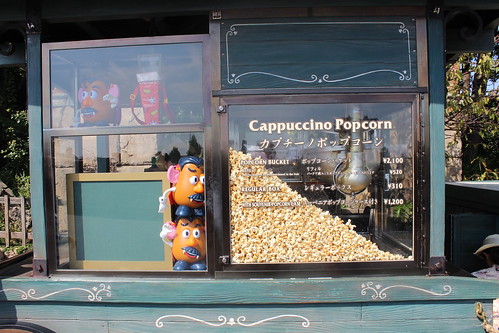 The halloween popcorn buckets are great – Dracula Mr.Potato heads! I was really tempted to get one, but I was so sick of posting things back to the UK I didn’t want another large item to post. They stopped making the corn pottage popcorn that was amazing, Im still so sad about it, I tried the pepper one instead (it smelt better than it tasted but it was okay).

We headed to Ariel’s Castle as Kelsey wanted another silhouette. This is something I only learnt about recently, a very talented artist can make you a Disney silhouette. You can choose from a single one, couple or family, or have your silhouette with a Disney character. I decided to get it too as was only 1000yen! 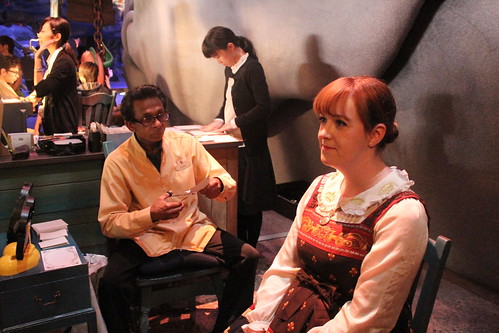 It really didn’t take long to do and I was really happy with the result. 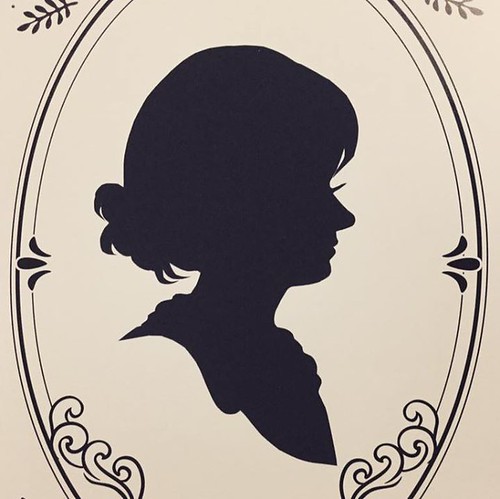 My Disneyfied face! You get two copies (left and right facing) so Kelsey and I traded profiles.

While we were getting them done we noticed people queuing to the side of the shop, we were intrigued, so went to investigate. It was the gachapon machine! I always wondered where this was! Last halloween they had Duffy pumpkins but my friend couldn’t find them. This halloween they were little villain lanterns. They were only 500 yen so we got one each.

We went on some more rides, and then watched the water show. 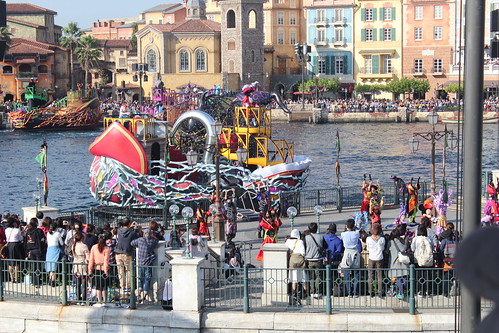 All the villains have a float and they go around singing and dancing, we didn’t have a fantastic view but it was still fun to see. I did have a good view of the Be our guest show as I queued for beer! 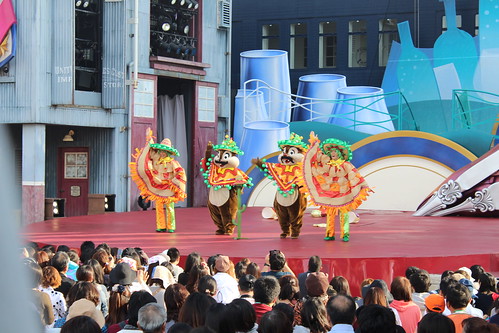 I love Chip and Dale! Hehe. 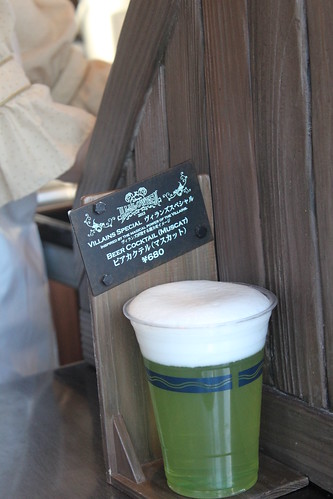 They had a special Halloween villain beer, it was so sweet! While we drank our beer we got in line for the photo spot in front of the SS Colombia. 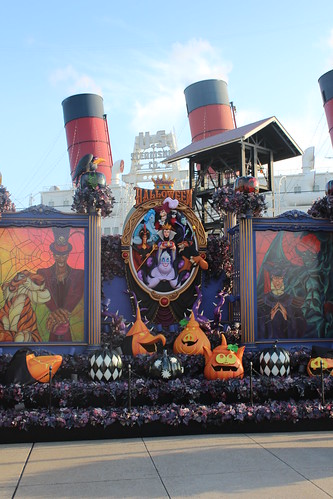 Walking around the park we only ran into Marie (who was going and we could only high five) and the yellow rabbit (whose name I don’t know!), which was disappointing as I really wanted to see Chip and Dale. We made the effort to queue to meet Duffy, and later in the evening I dragged Kelsey to meet Mickey as I have never met him before! 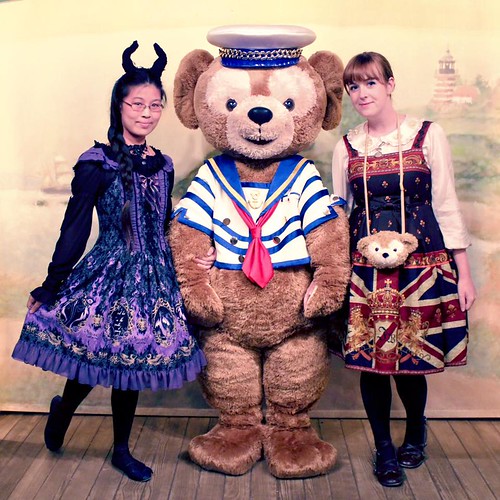 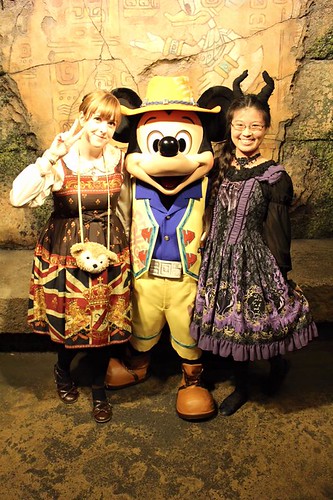 By this point we ached all over and wanted nothing more to kick our shoes off and get in our pyjamas. Instead we forced ourselves onwards towards the Fantasmic! show and fireworks. 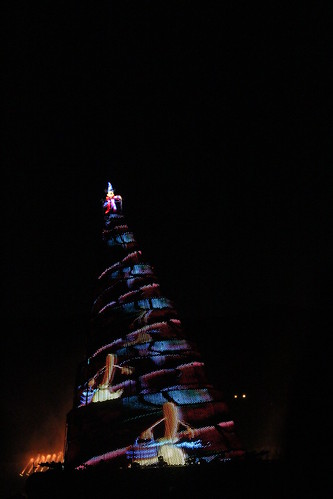 After the show the fireworks were cancelled, again. Due to inclement weather. My friends and I are starting to be very suspicious of the number of times TDS cancels the fireworks, especially as TDL had their fireworks display on the same evening. Grr.

Kelsey and I said our goodbyes and I dug deep for some shopping energy. I wanted to visit the Miracosta Hotel shop, but didn’t know how to get there (its on the 2nd floor of the hotel). I asked an employee by the entrance of the hotel and he said ok here, stamped my hand and ushered me through the hotels barriers. I was a bit worried as there were signs everywhere saying ‘hotel guests only’. 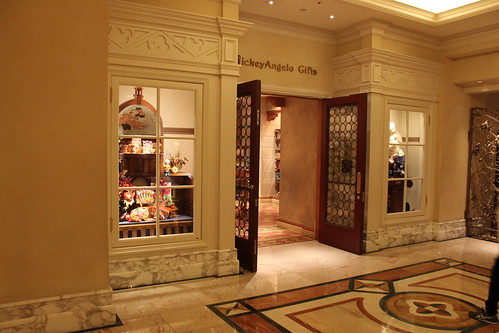 The hotel was very grand and I felt really out of place…but I found the shop and went in. It was pretty quiet and a good place to shop peacefully, they had the halloween goods and some limited edition Miracosta cookies and plushies. I nearly bought a Mickey bellhop but then thought was strange as I didn’t stay in the Miracosta, so left empty handed.

Finally I walked around a little by myself, and took pictures of the halloween decorations that were dotted around. 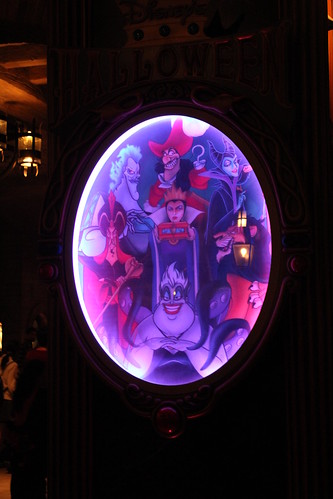 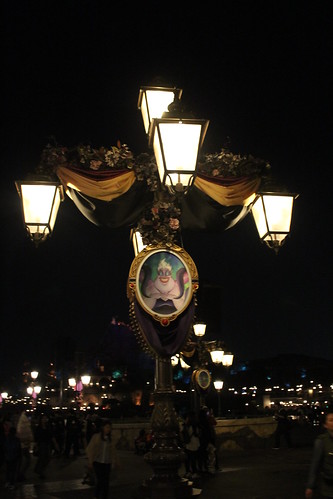 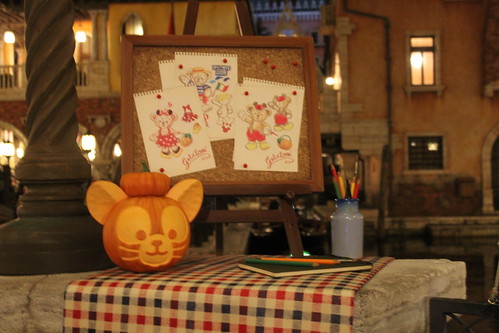 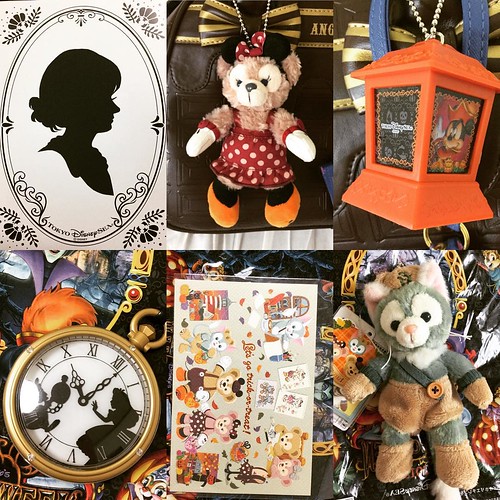