For our birthday trip this year we went to stay in Zamami, one of the Kerama Islands in Okinawa. 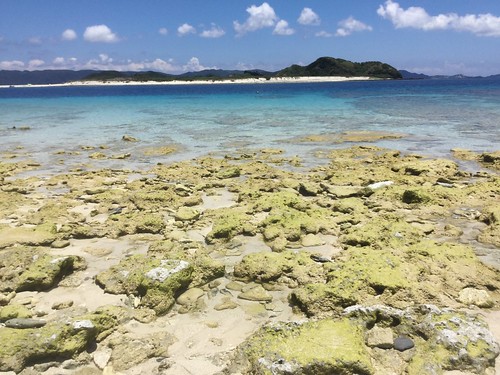 Because of work I could only get 2 days leave tagged onto a weekend so we had 3 nights there. The first day (my birthday) was almost entirely taken up with travel. Train to KIX, bus to T2, plane to Naha, monorail to the port and finally a boat to ZAMAMI! 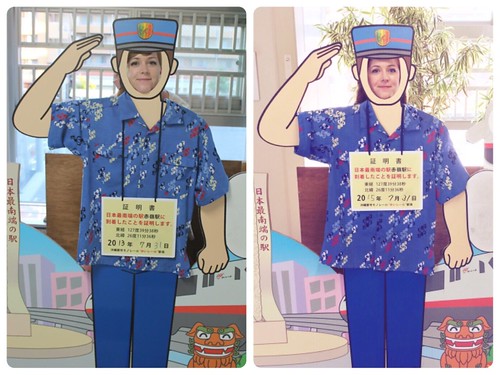 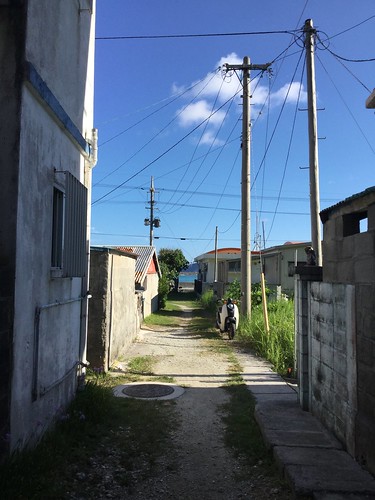 First we dropped our bags off at Nakayamagwa, freshened up and following the guest house managers directions walked to Ama beach to watch the sunset. On the way we passed Marilyn the dog!! 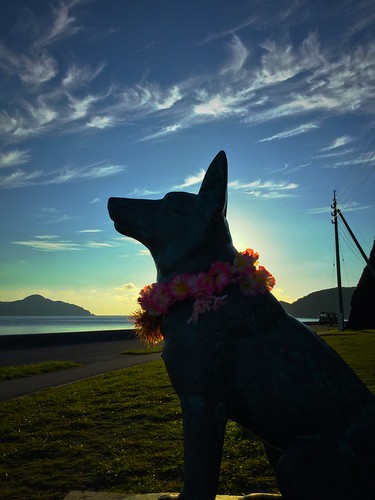 Her boyfriend Shiro used to swim across from Aka to see her and they both became famous. 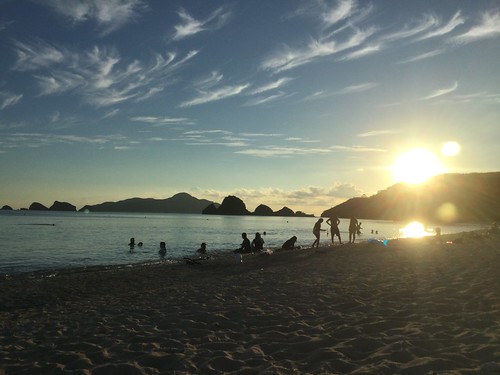 We were surprised to see that it went behind a huge rock so we didn’t really see the sun set…it was pretty nonetheless.

After that we tried to find the izakaya recommended by the hostel manager, based in the largest building on the island Shirahama resort hotel. First we thought he said 3F but then we also heard 1F so we checked the building…1F had a cafe/bar but was closed. We asked the janitor where the izakaya was and he pointed at the cafe/bar. Oh. So instead we went to his second recommendation La Toque for taco rice. 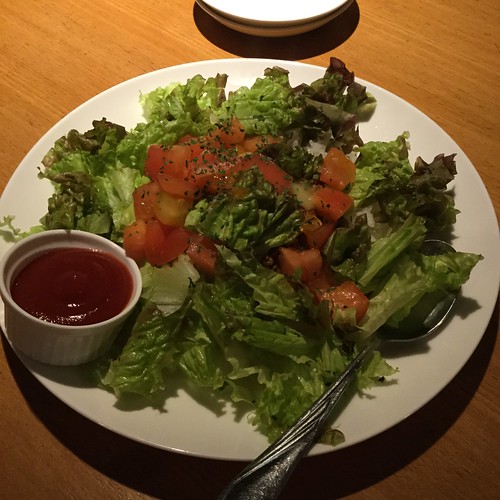 We were pretty tired after that so turned in for the night, especially as we had a big day the following morning.

At 9am we were up and showered, the hotel manager got a call from the kayak company saying to be at their shop for 9:30am (not 9:50 at the port as I thought). There we met the staff (the owner Yuji and Ryan a Scotsman), stored our belongings and got fitted for flippers and snorkels. After some waiting everyone arrived and we jumped in the van to the beach. 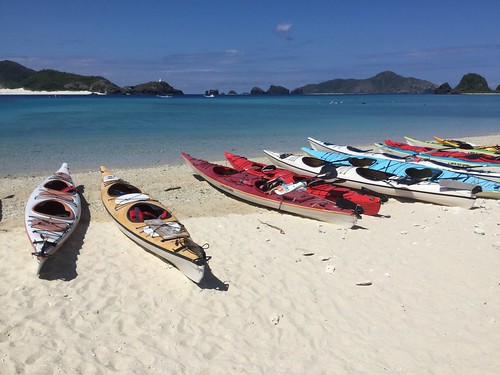 At the beach we did introductions (in Japanese!), learnt how to paddle and got kitted up. Because the Yuji spotted a sea turtle instead of kayaking first we all got in for snorkelling straight away. Later would have been low tide and wouldn’t have been able to see any. 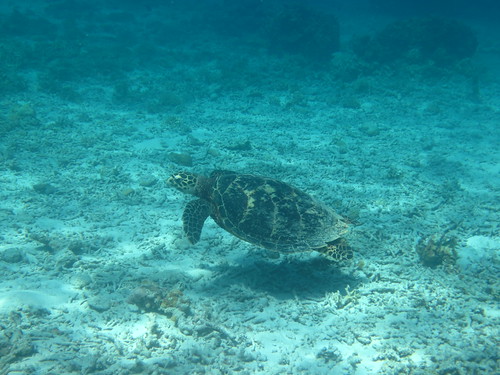 We saw the sea turtle up close! 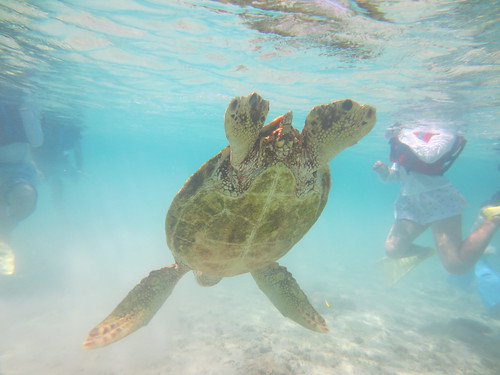 After that we spent the day kayaking to the uninhibited islands just off Ama beach and snorkelling. 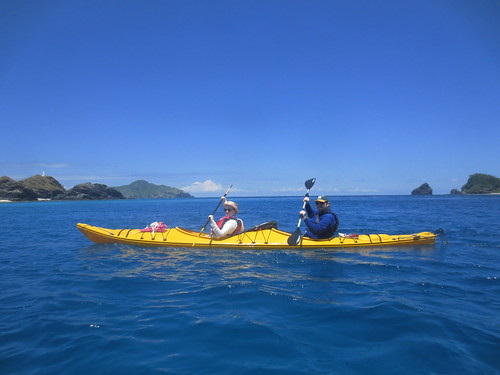 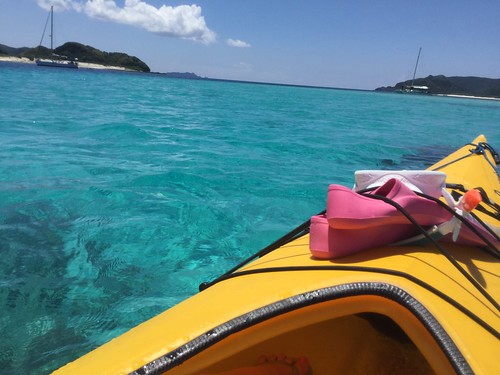 We stopped for lunch and the staff put up a tarp attached to our kayaks. They prepared some Okinawan cold noodles for lunch (the food changes daily), followed by coffee. 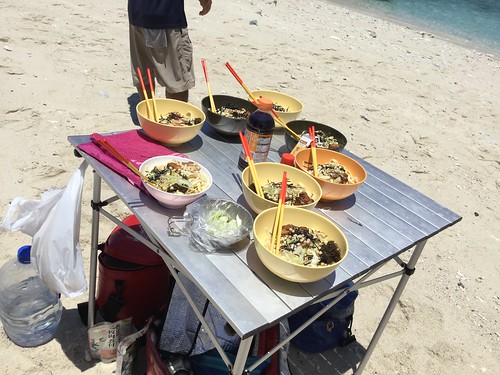 The sea was gorgeous! So clear and blue. 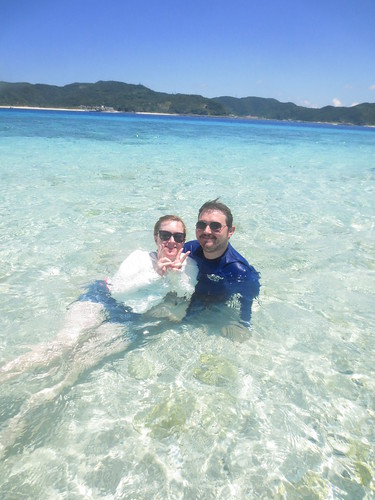 About 4pm we headed back to the start and jumped back in the van. At the shop we had some cold drinks while we waited for a CD of the pictures from their underwater camera. 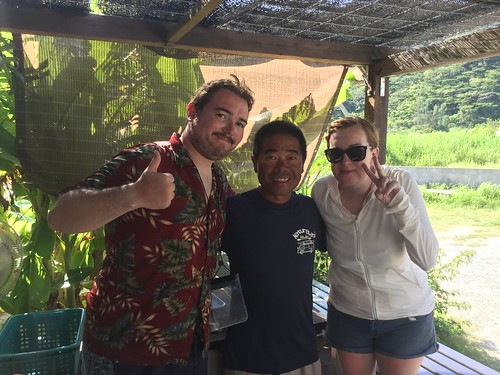 Amazing pictures! (And some above were from their camera). 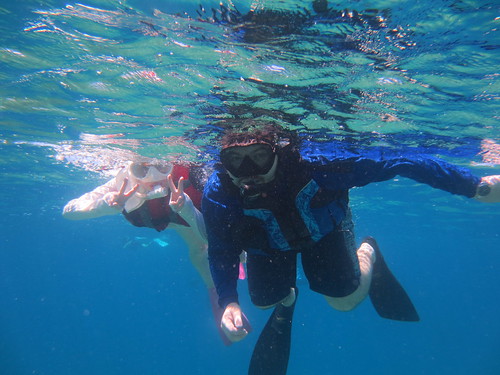 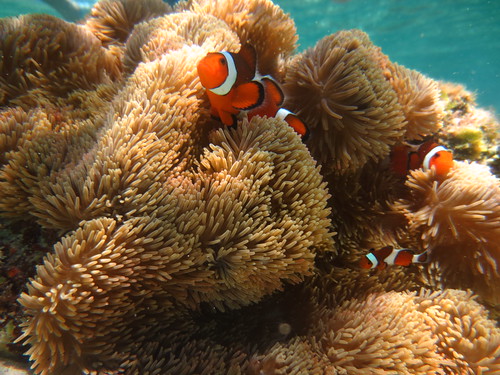 Still feeling energetic we decided to rent bicycles and cycle to the observatory to view the sunset without the rocks in the way. 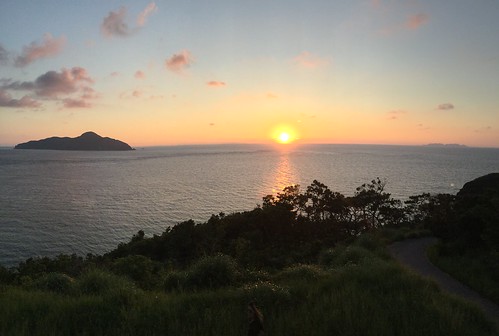 After that we headed out for dinner, J wanted Zamami burgers but they had just sold out when we arrived, instead we tried a few places and ended up at a place by Naturelands Kayaks, Marumiya. 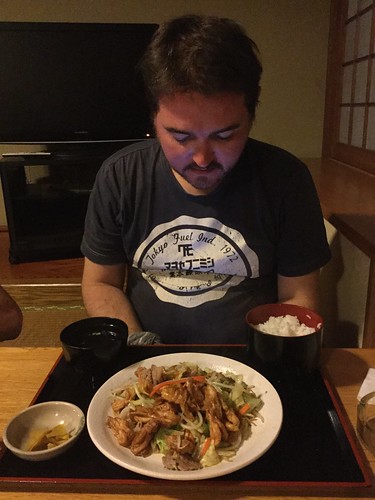 Sadly we both suffered heatstroke and felt so sick we couldn’t eat our dinner, in the end we were in bed covered in cold towels by 9pm.

The next day we realised the extent of our sunburn, especially on the backs of our legs from snorkelling, I had put sunscreen on 4 times that day (factor 50!) but it just wasn’t enough. I wish Id been able to buy some UV cut leggings beforehand.

Despite our sunburn we decided to check out the main beach on Zamami – Furuzamami beach. 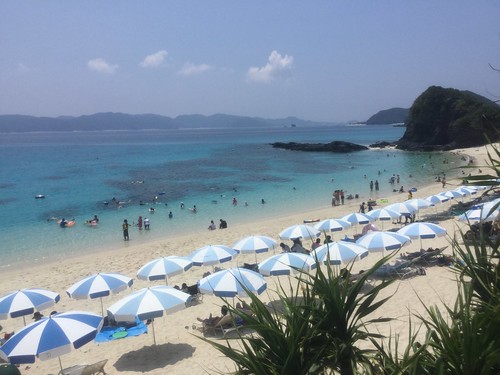 Of course we lathered ourselves in sunscreen and rented deckchairs and a huge parasol. 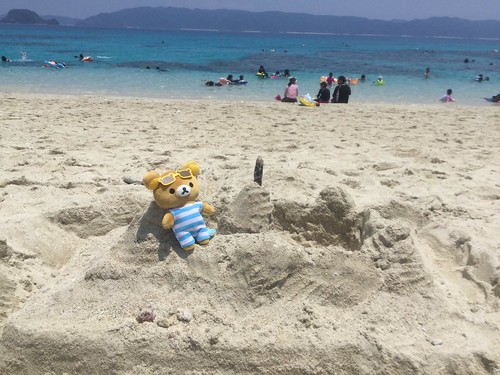 We ventured into the sea once and did some snorkelling for a while, but I mostly tread water and kept my legs off the surface of the sea. Even on this beach we found some clown fish, yellow fish, blue fish and black and striped ones. 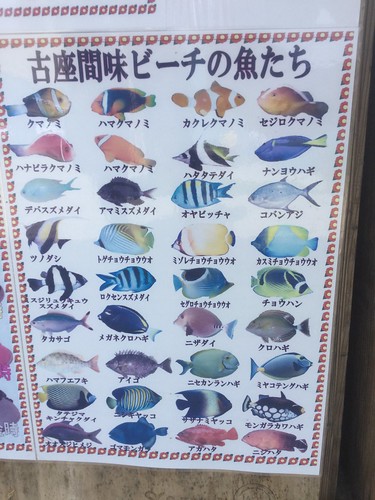 After the beach we went straight to have Zamami Burgers! 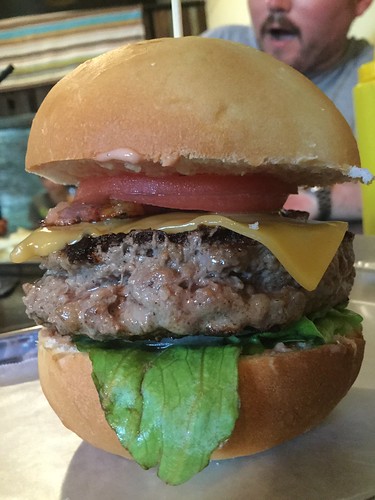 They were pretty tasty too! We decided to watch the sunset from the road by Marilyn after that and then go back to rest.

On our last night in Zamami we found the izakaya that was reccommended to us on day one, at first the waiter seemed a bit rude and only said “No English” to us without a smile. We said was okay..I wanted some umibudo (sea grapes), and we ordered peri peri chicken and a seafood salad. 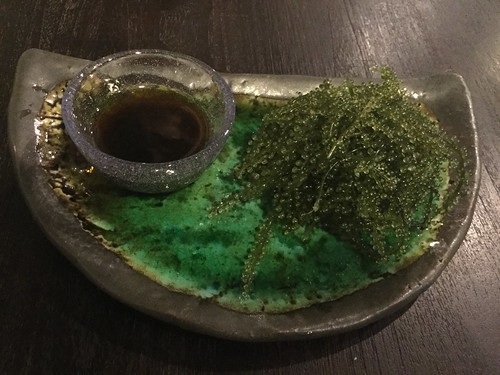 Oh my god it was so delicious. The fish in the salad was so tasty. 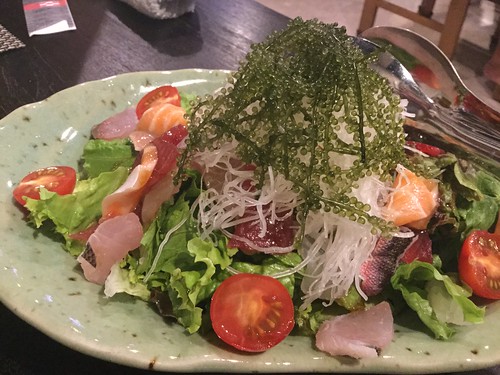 When we left them same staff member gave us big smiles, and came to chat to us! What a nice guy! I guess he was just nervous to serve us, it seemed mostly Zamami locals in that place.

The following morning we took the first ferry of the day back to Naha, shopped on Kokusai street, ate taco rice and blue seal ice cream and walked around before heading back to the airport. 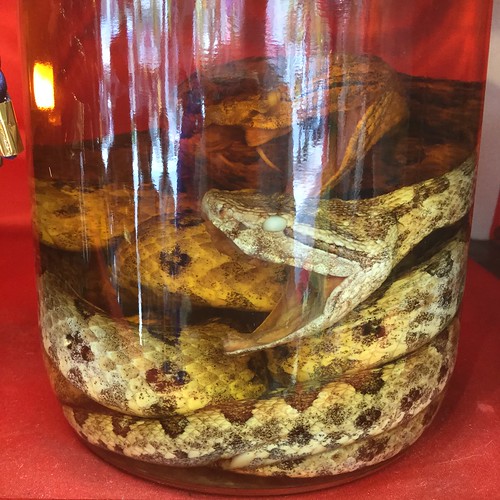 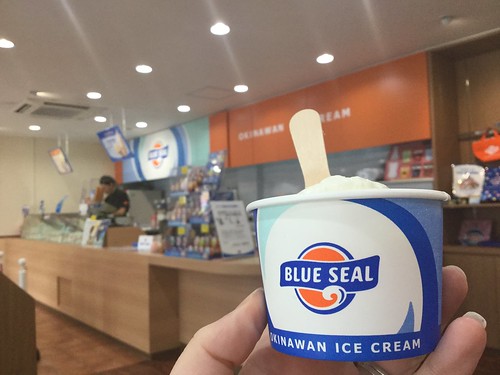 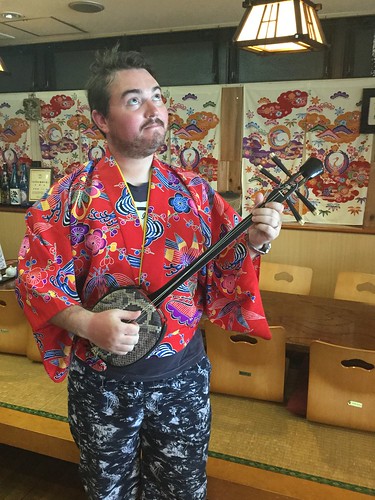 Zamami was fantastic, especially our kayaking day, snorkelling was great at the beaches although for a day trip I prefer Aka, it was quieter there and the beaches more picturesque.