I visited Eigamura back in 2013 but didnt have so much of a fantastic time, mostly due to the weather and time constraints. Recently I returned with J and we spent about 5 hours enjoying the park. 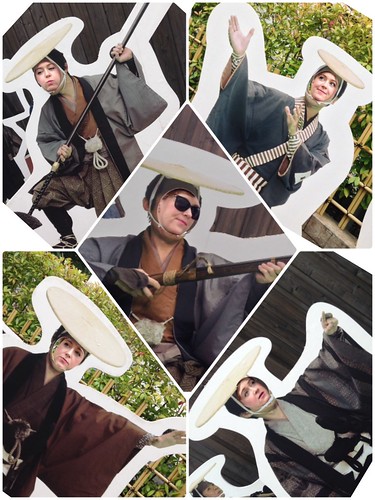 On the way to the park the train makes a brief stop at Emmachi, as its almost like my name, we jumped off for a quick picture and then back on the same train…we almost didn’t make it! 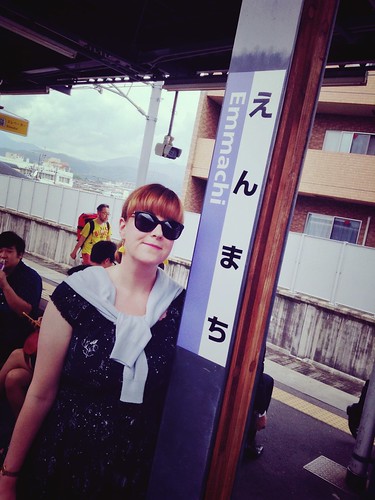 Entering the park the first thing you come across are lots of small props and cardboard cut outs you put your head in. I love that kind of thing so it took us a good twenty minutes just to walk a few meters. 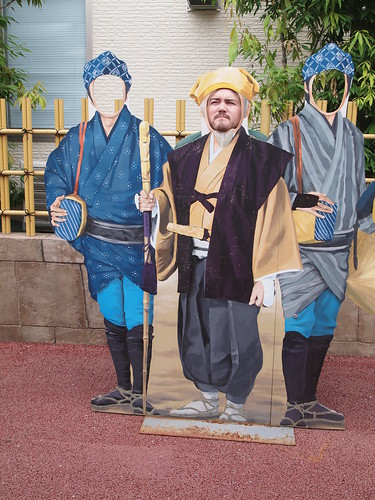 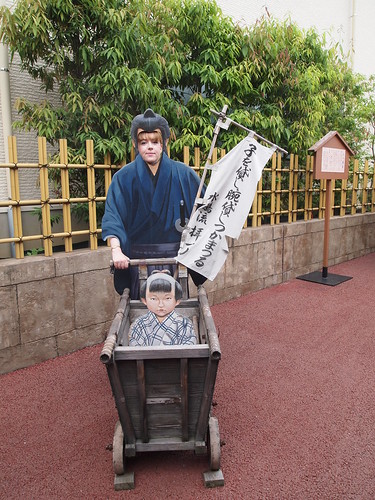 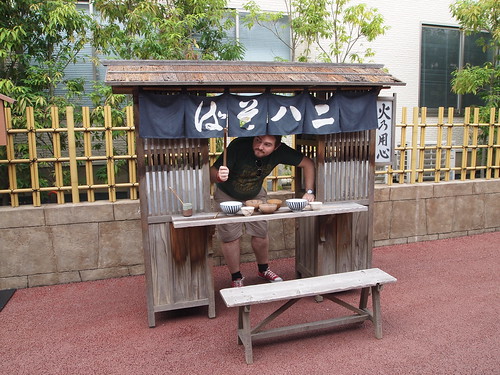 Inside the park we walked around and took it in, the park is set like an old town. 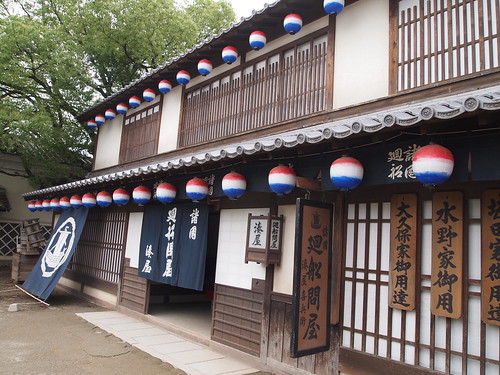 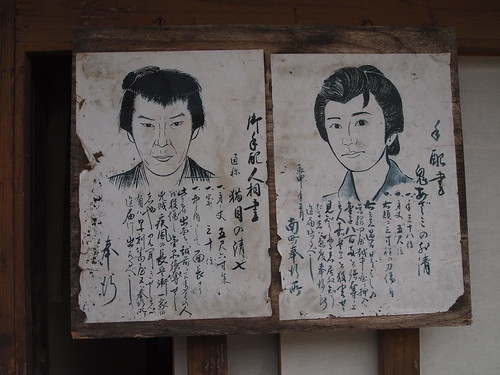 The god Ebisu(?) appeared from behind a mountain (as he does every 15 mins!). 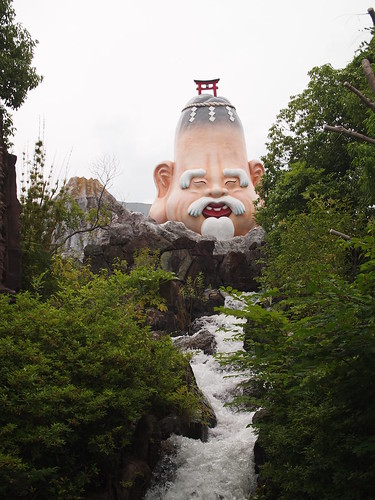 First we watched a street performance inside the theatre, she was very funny and entertaining. 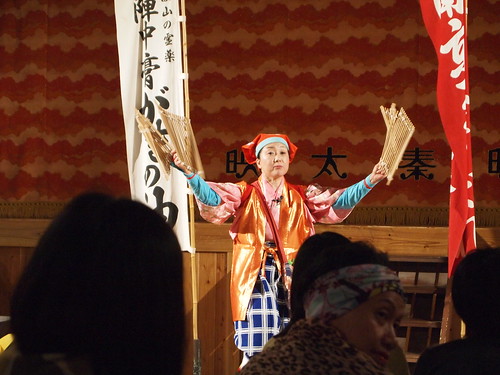 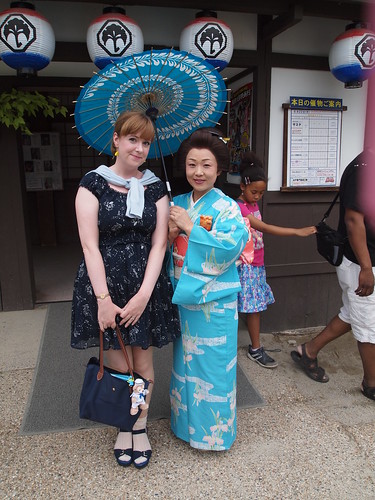 With one of the staff after the show. 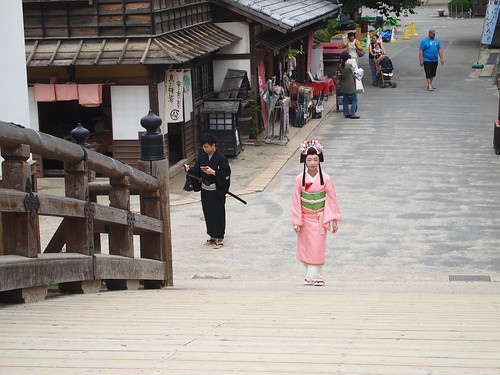 You can hire costumes and walk around as samurai, orian or ninjas but J was not up for it. 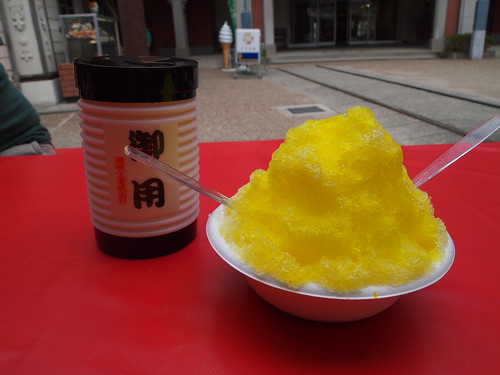 Instead we had some giant kakigori and a beer shaped like a lantern, you can take the lantern home and it turns into a money box (though it is really cheap and flimsy).

J had fun pretending to be the tram conductor. 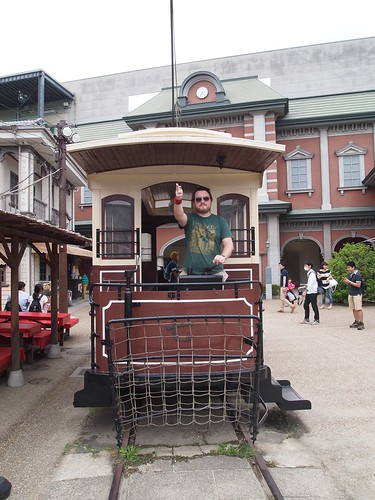 While I was put up for sale in the red light district. 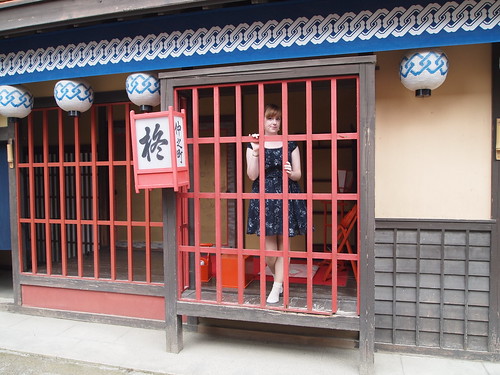 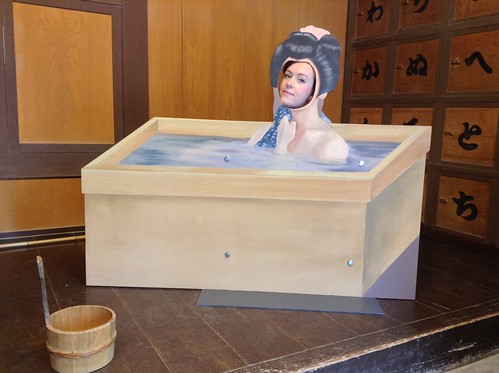 Afterwads I took a bath in the sento. 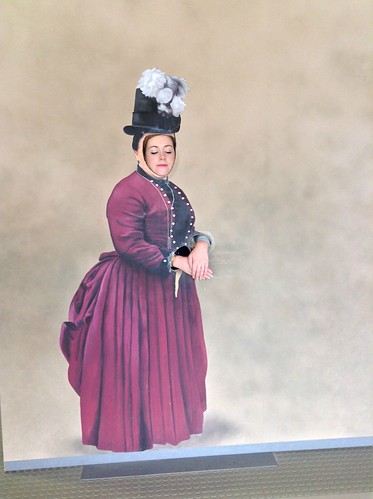 Then I became a lady.

At the park we also watched the Ninja show (which I loved! They were really good actors and really funny even if you dont know much Japanese!), got lost in the Mystery House, checked out the Ukiyo-e exhibit and the 3D trick art museum. 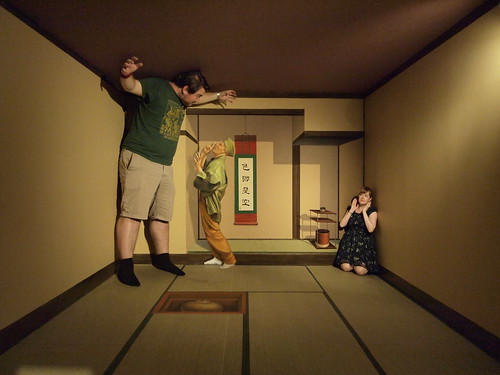 By the time we finished it was closing time and the staff were stood around bowing waiting for us to leave…ah okay, sorry!

Visiting Eigamura was fun but the costs really stack up, 2200yen to enter and most attractions are another 500yen each (the performances were free). However on a nice sunny day its fun to explore and the 5 hours we were there went really quick.