Straight after the Umeda Yukata Festival we headed to Tsuruhashi for Tsuruhashi Danjiri. I had a really fantastic evening there two years ago and really wanted to go again. 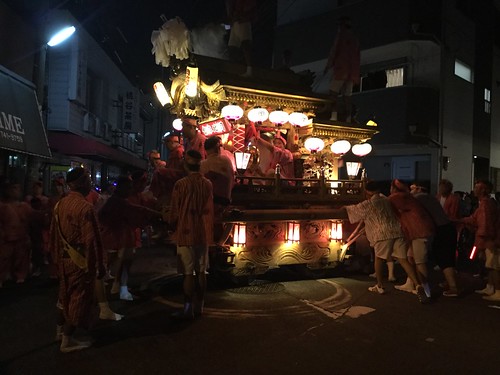 From Tsuruhashi station it’s a bit of a walk to the shrines but I just had to follow J.

We arrived at one but despite these lovely fellows there wasn’t anything else going on. 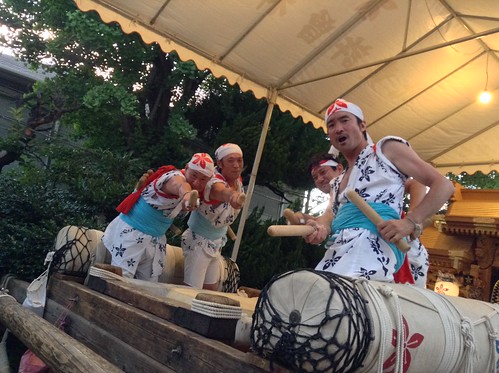 Carrying on we found the festival stalls, near Yasaka Shrine. 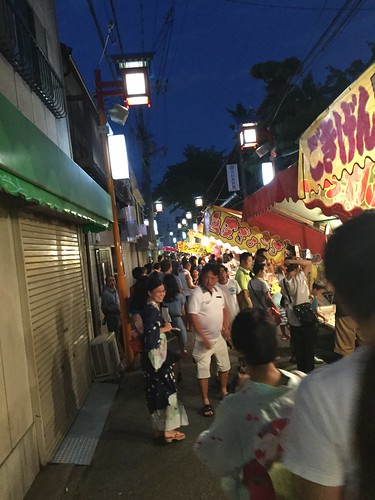 And this super cute afro poodle. 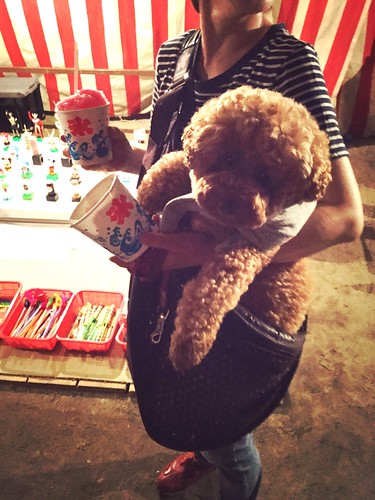 I got some pineapple on a stick for ¥100 and we walked around. J also did some scooping for a prize for me! I got an inflatable Marie bracelet, it’s for kids but of course I loved it! 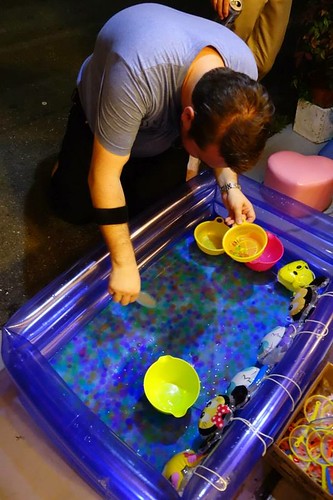 Our next stop was the 7 Eleven we saw a Danjiri float at last time, it was there again! 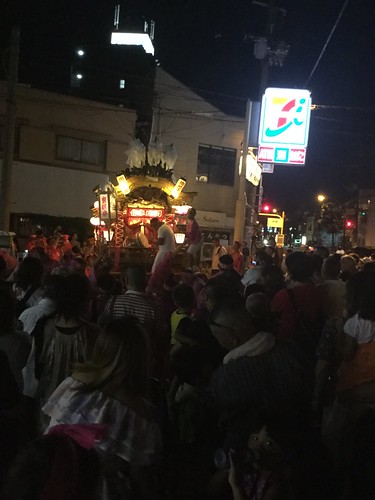 We hung around watching for a bit, got given lucky stickers and Gari Gari Kun ice lollies again. 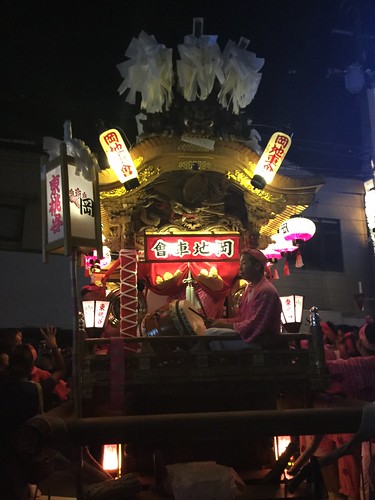 A kind gentleman also ushered us all forward for pictures infront of the float. 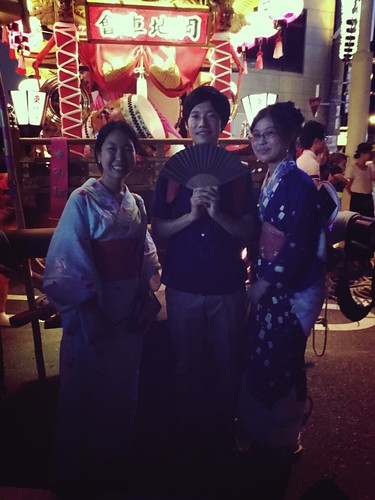 After some time the float was picked up and carried through the streets and we followed it.

One of the security men started talking to us and suddenly started running off with J! Follow me! My house!…Okay! 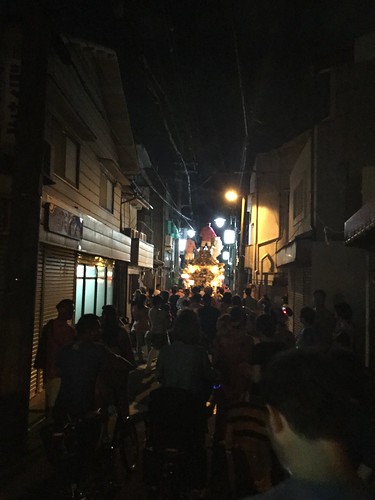 He led us down a short cut so we were infront of the float and had a nice view of it coming to us. Despite being with Js Japanese friend Ryoma he kept asking other parade people if they spoke English! Haha. 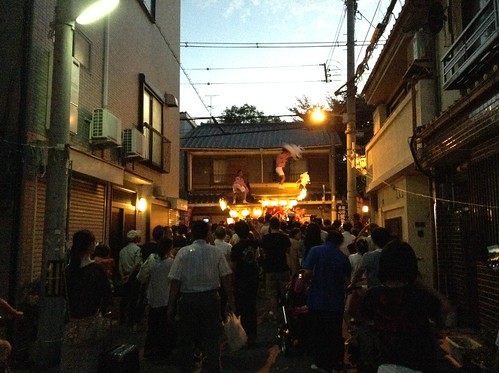 Then as the float got to the mans house he pulled J and I with him to stand with him infront of his house as it got blessed. Everyone was looking at us and clapping and bowing. Scary and cool. What a lovely man. We got special towels as a gift!

Moving on from there we followed the float a little more, before I knew it someone grabbed J and pushed him in with the guys at the back of the float to push!

Then me with the ladies at the front to pull the rope! 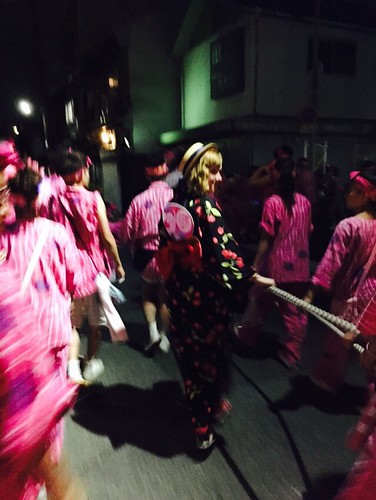 Poor Ryoma got to do nothing! He did get a towel in compensation though. 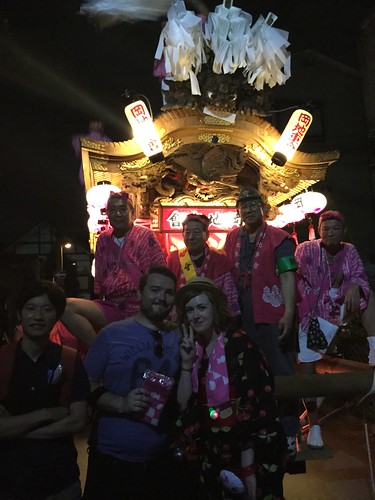 After all the excitement we went back to the shrine to see another float arrive, they threw mochi from the roof but didn’t catch any. 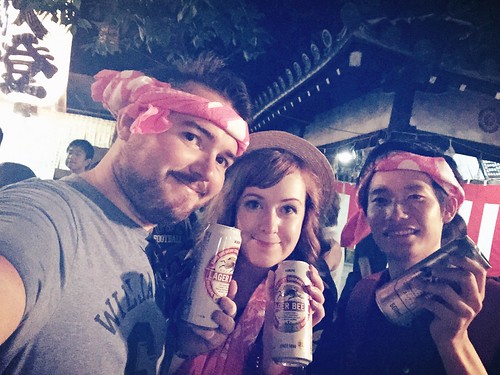 By this time it was 10pm and the festival was finished, so we walked home to bed. 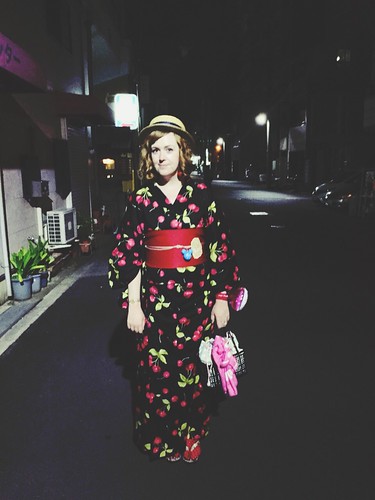 My goodies from the day. 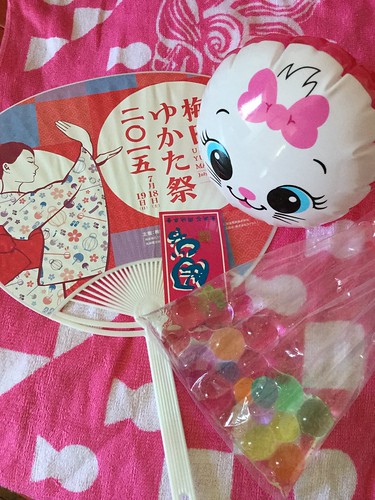 The people in at Tsuruhashi Danjiri were so kind and welcoming <3 it really made special memories for my last summer in Japan.