For the last few years in Osaka I have noticed the ads for the Umeda Yukata Festival, but have been either too busy to too unorganised to go, maybe a bit of both! This summer I want to wear a lot of yukata so I planned to go with some friends. 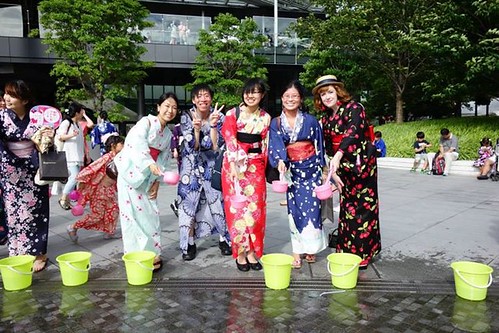 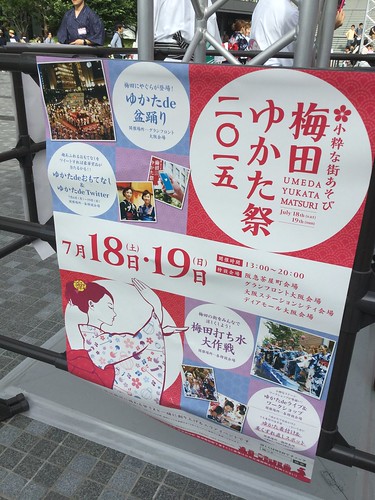 We arrived about 3pm and it was really quiet, a few stalls and this guy playing guitar, pretty well I have to say. 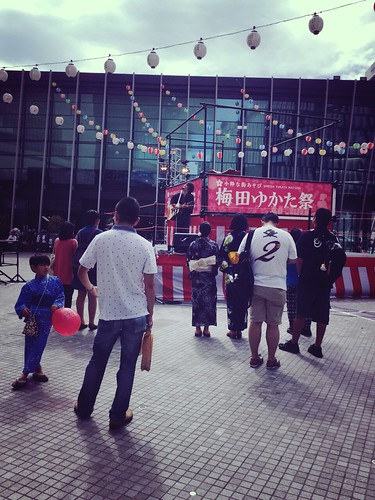 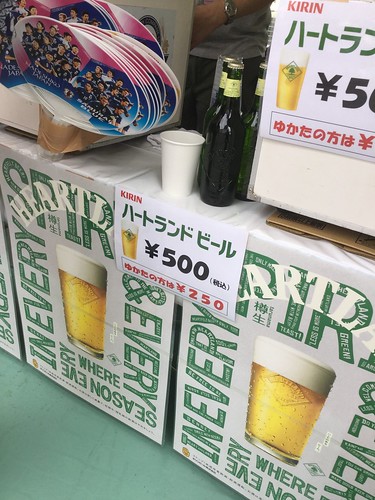 Beer was half price for yukata wearers! 250yen for Heartland! Woohoo! Kelsey got champagne from intercontinal and showed me up though! ;D 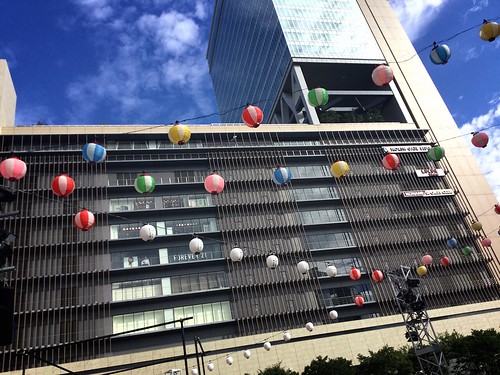 The decorations were really pretty. 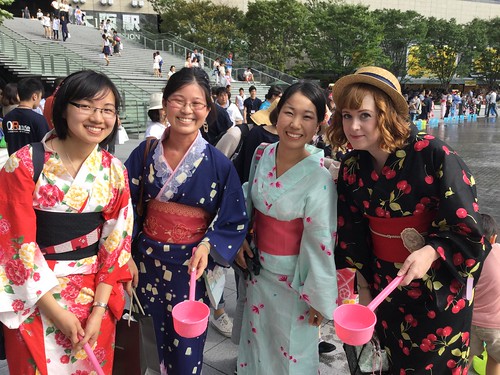 At 4pm uchi-mizu started, everyone sprinkles the floor with water to lower the temperature, as we had a typhoon a few days ago the water was rainwater they had collected. 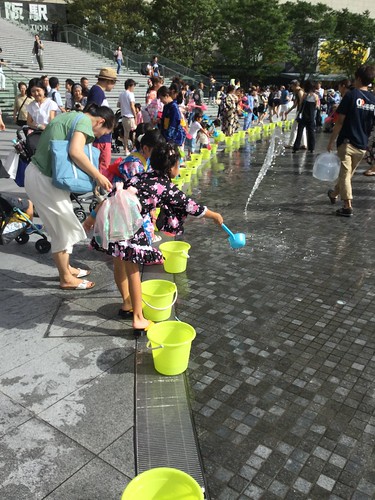 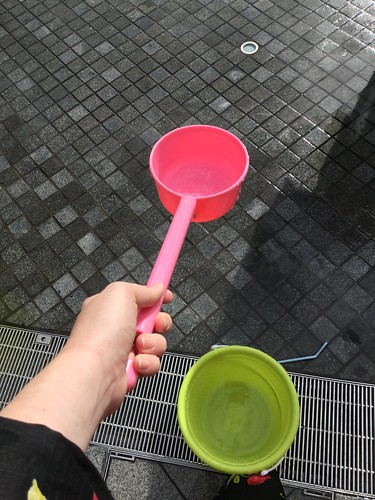 After that came bon dancing! 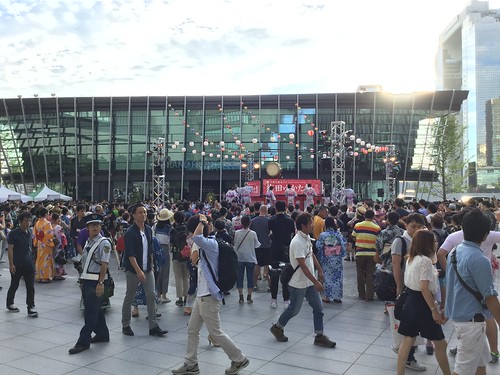 I was too busy dancing to take pictures but J and his friend Ryoma had arrived by then and J took a picture, can you see me bottom right?!

Dancing was so much fun although Im a really terrible dancer, it wasnt until after the event I found the dance routines on their website!

My co-ordinate for the day. 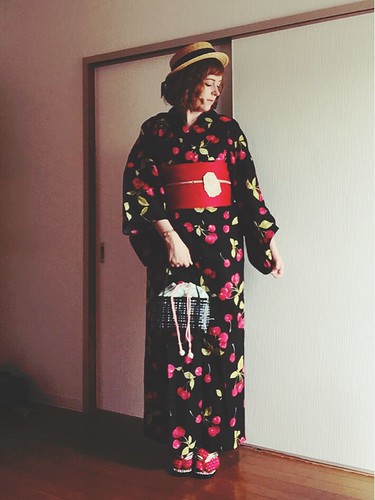