Angelic Pretty released Misty Sky for the third time recently, on a Saturday when I work! Gah. 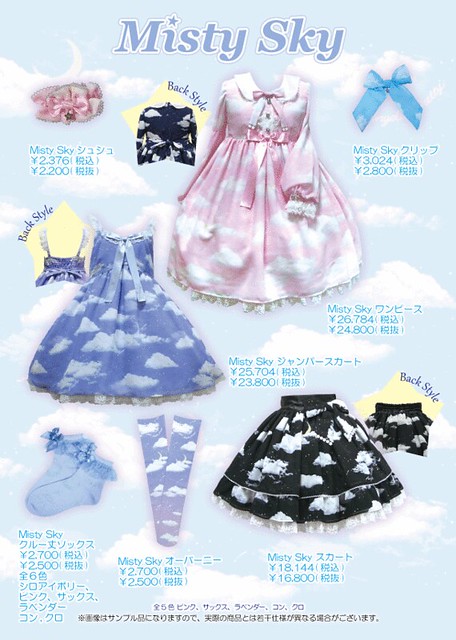 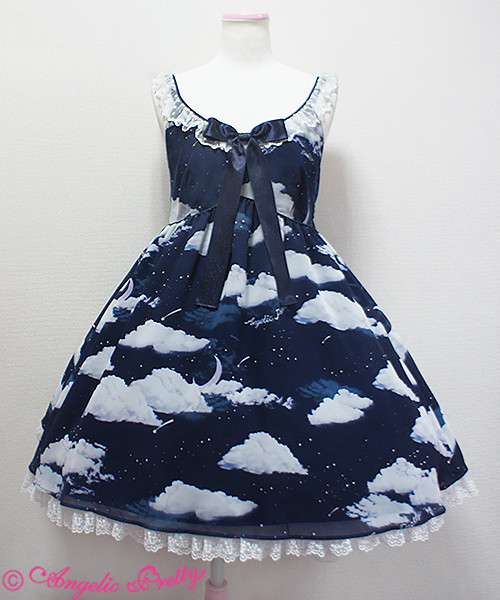 Even when living in Japan a short 7min subway ride from Angelic Pretty Osaka its still almost impossible to get new releases.

I’m at work in back to back classes at 12pm when items are released online, if I went to the store release I would have to be there from at least 10:30 dressed in AP and could be waiting up until 1pm.

I really wanted Misty Sky this time especially as resale recently the OP has been going for $1,000 a THOUSAND DOLLARS!! So it could be my only chance to get it as even the JSKs are $600!

My husband could go to the store about 6pm but by then almost certainly all sold out and they might refuse to sell it to him unless he could prove it was for himself.

First I tried Chibi Tenshi shopping service in Chiba, I got a reply later that day saying she already had like 40 requests for it and sadly couldn’t help me this time.

So, I asked around if anyone was planning to go instore to try and if they could get me one (provided it wasn’t the colour way they wanted) as for usual releases you can buy one of each style/colour. My friend Sarah in Yokohama said she was going and would try for me. Yay.

Then AP said on their blog it would be strictly one item per customer. Gah.

Another girl said maybe she could go to AP Osaka for me depending on her plans, but I was quite aware that it could take 3-4hrs of waiting! And I hadn’t yet met this girl irl so was a big ask.

I had already roped Kelsey in to trying online for me at the dot of 12. I gave her my log in details for the AP website so she could just click click click. Popular items on the website usually go within two minutes, and while trying to get things bought in that time is incredibly stressful as the page loads slow, freezes and crashes.

Online you are not only fighting with Japanese lolitas from all over Japan in places like Kumamoto where there is no AP, but also people from all over the world shopping via shopping services or Tenso.

I sent Kelsey a million messages asking if she was ready and reminding her of my colour choices etc.. My first choice was the JSK in navy.

Come Saturday I was nervous as hell, and was prepared to hear that she couldn’t get anything not even a sock. So when I checked my Line and saw…

Waaaa! Unbelievable! I don’t know how she did it!

I checked the webstore and everything was gone (12:47pm) apart from some socks in pink and lavender.

Woohoo. Though I wouldn’t really believe it until I had my hands on it!

The next day was ILD so I went to Kobe AP before the meet and they too had only some light socks. We had a really fantastic day (post to come soon), and the following day I checked AP Osaka. Navy socks! Yay. 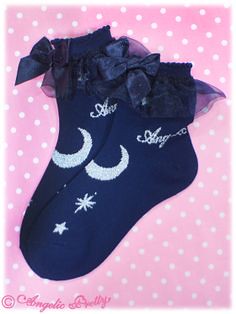 I had to wait a few days for it to come… 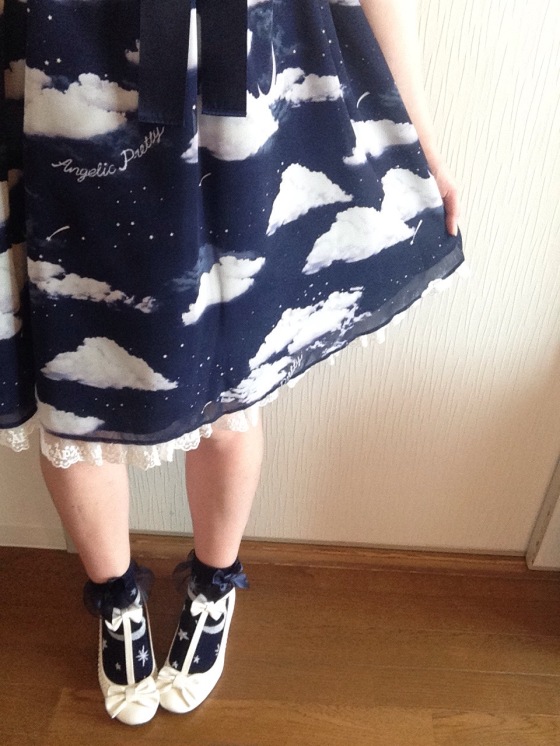 The print is so much more lovely irl, it’s gorgeous. However it’s super short! So so short. Omg.

Friends to the rescue, they suggested moving the straps down, trying a longer chiffon petti, a bodyline A-line petti…

I moved the straps down and it helped a lot, its still pretty short though, but not obscenely. I wore it to USJ first in a casual coordinate with a grey blouse, then to DisneySea! 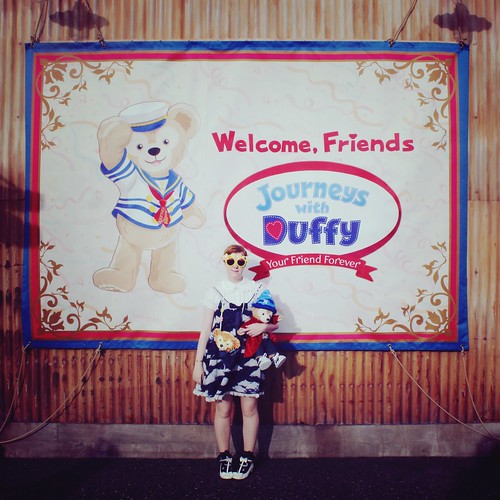 No A-line petti yet so was pettiless but for the heat and for rollercoasters it was better.

DisneySea have a orrery that is perfect for Misty Sky (and Cosmic series!). 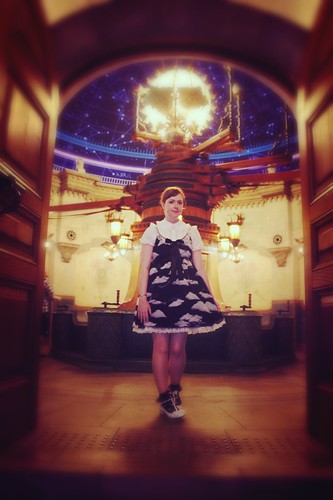 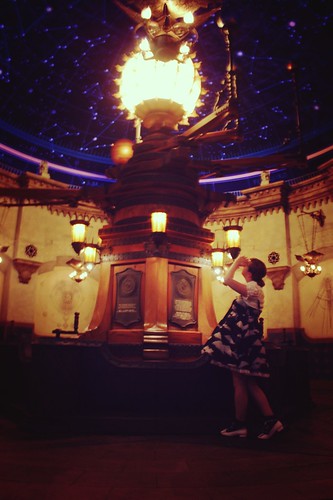 (My hair was ruined by the humidity and crazy wind that day!!).

Im so happy with the dress, despite it being so short its gorgeous! Yay! I want to wear it many times!