I like Kansai, I like beer = craft beer live, a festival of craft alcoholic beverages from all over Kansai. 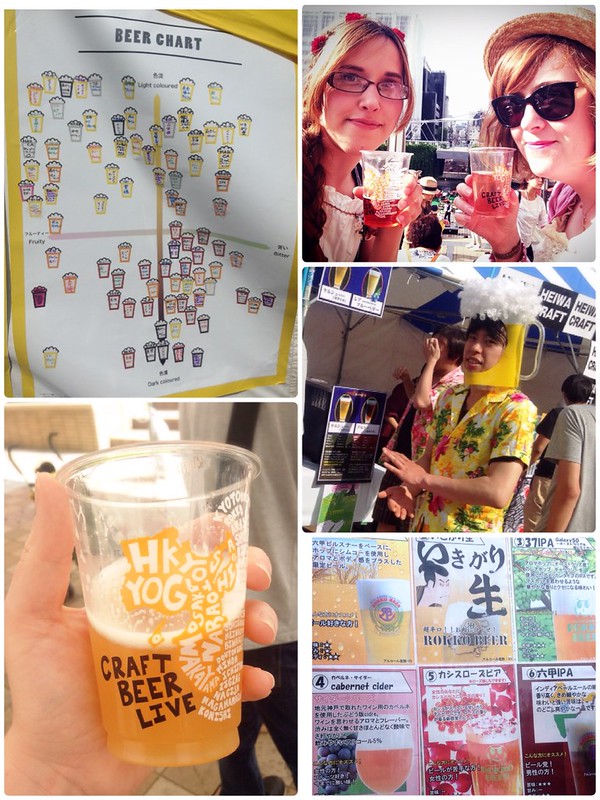 Karyn invited me to attend the Sunday, it was pretty busy! We had to queue to buy tickets for drinks, one ticket was ¥300 which got you a small cup of beer. Cups were ¥50 for a plastic one or ¥300 for small glass, ¥600 for large. 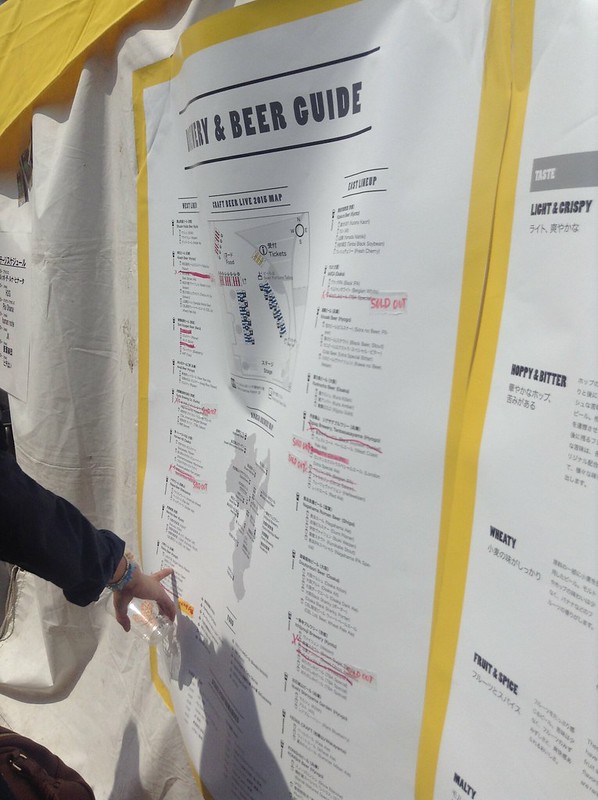 As it was the second day of the event some beers had already sold out. 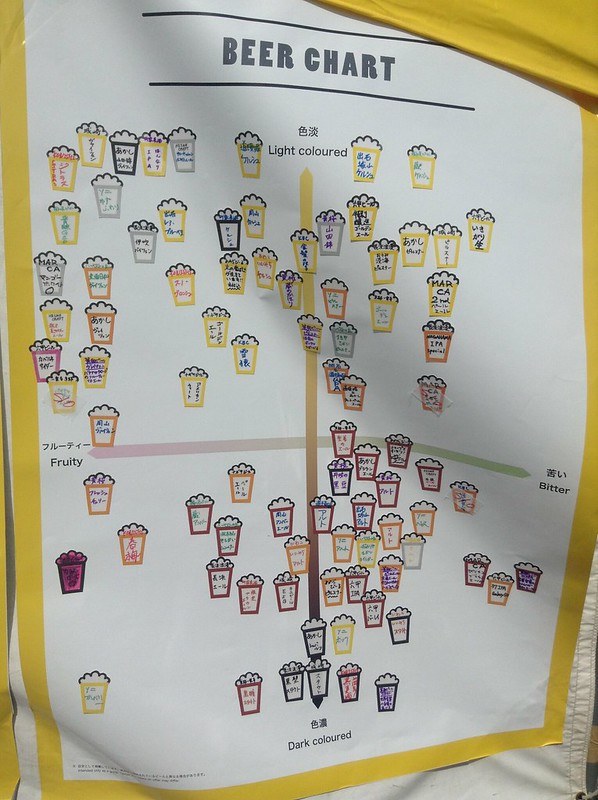 The poster shows the breweries, sold out drinks and their tasting notes. 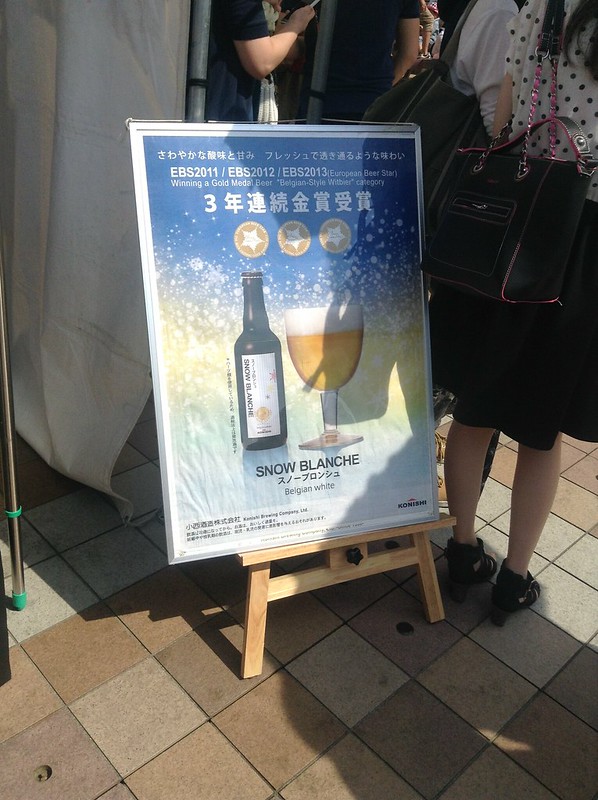 First I tried a Snow Blanche beer as it had a long queue and figured it must be good! Karyn tried mikan beer (strong, not too sweet and sickly!). 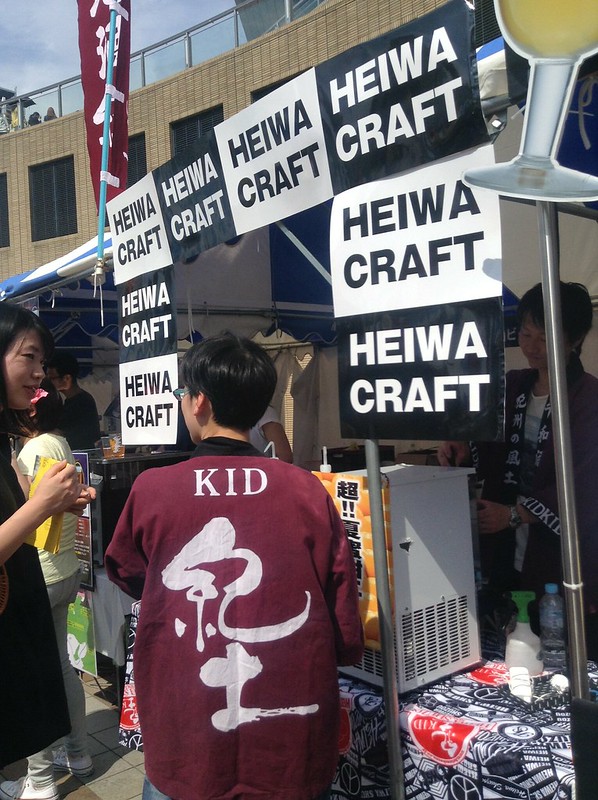 Some gospel group were singing on stage, and were pretty loud. It was super hot so we took shelter under the marquee and chatted. 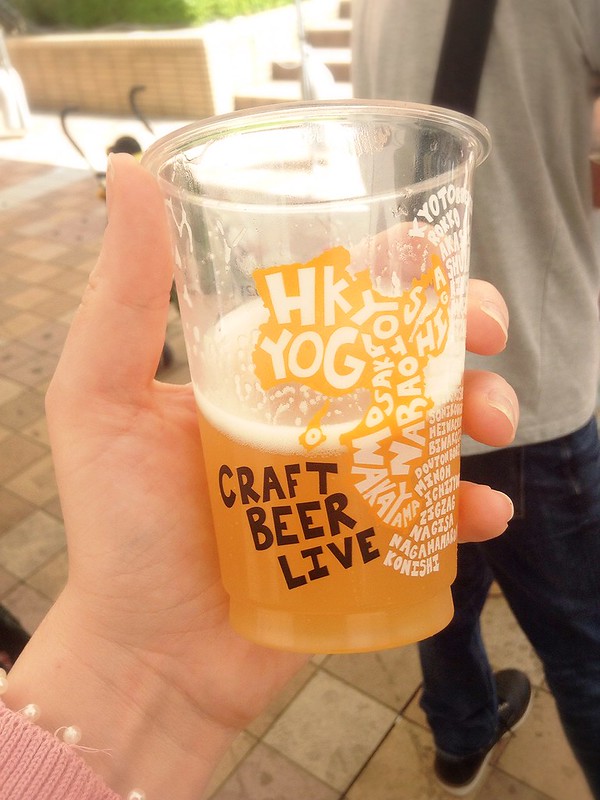 Round 2 brought us a kuro for Karyn and Awajishima rice beer for me. 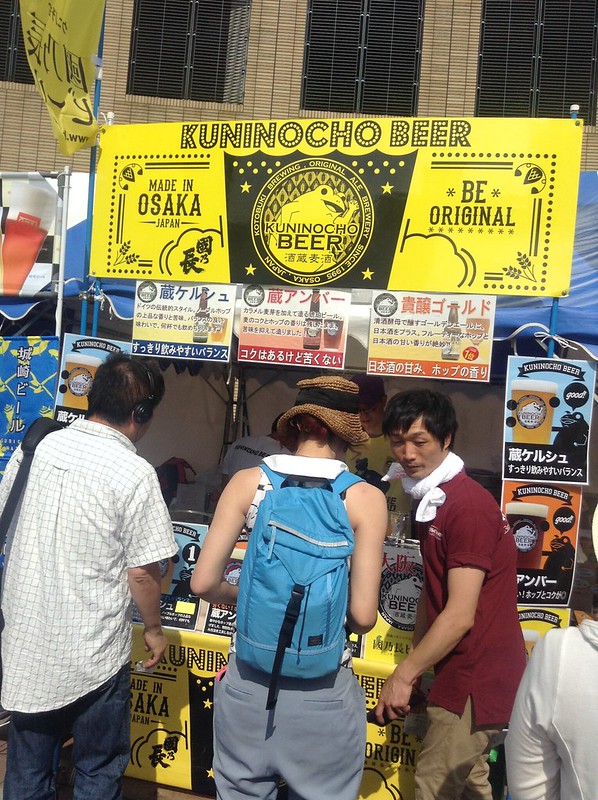 We sat by the river and watched a magician make balloon poodles. 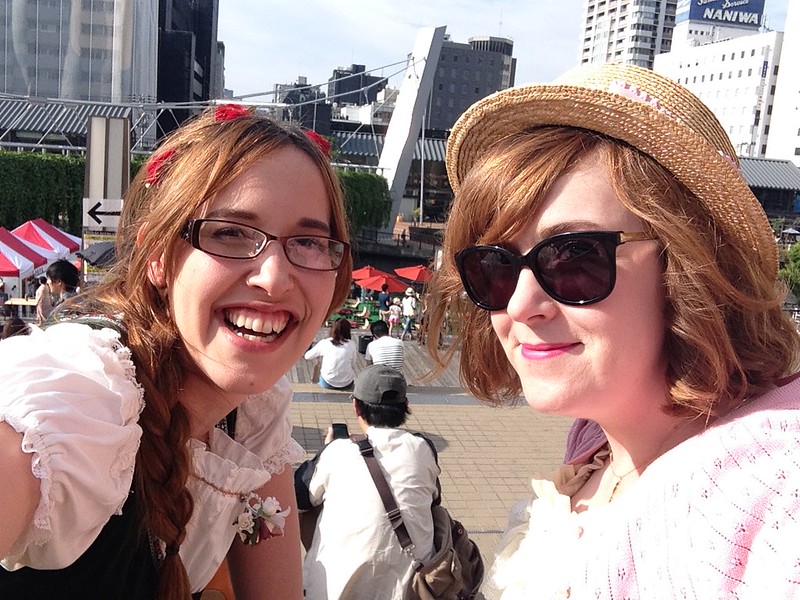 Round 3 was a ume (Japanese plum) beer from the same brewery as the Shiro for me. 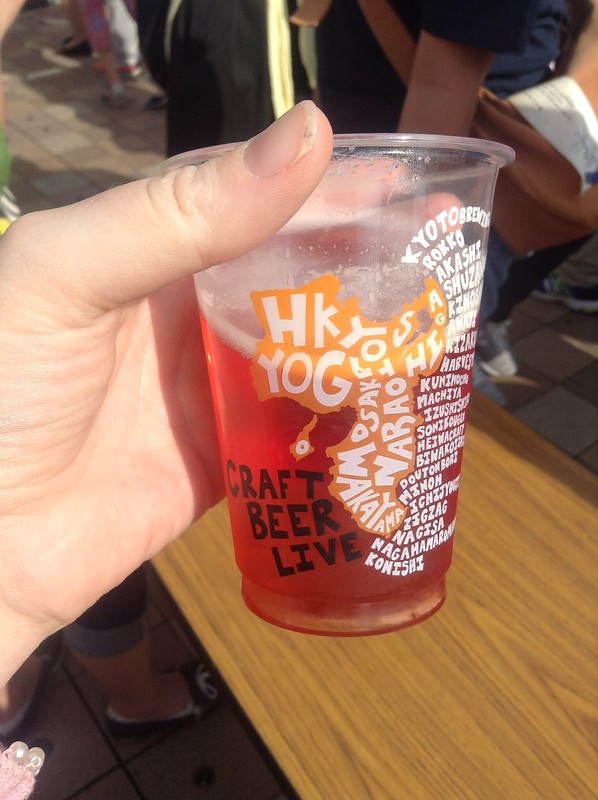 A very red faced salaryman presented Karyn with his left over tickets! Which led to round 4…and a cabernet cider for me. 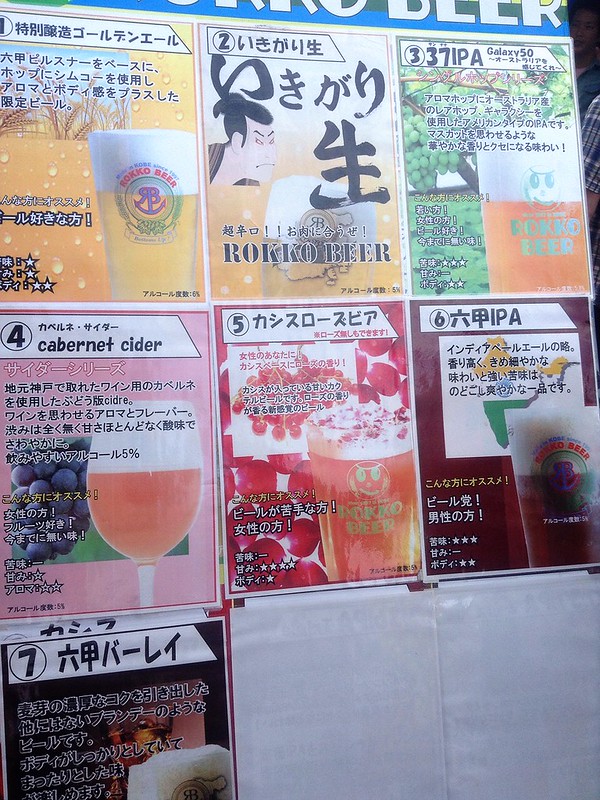 By this time the live act had changed to a Japanese hip hop band that were like the Japanese Beastie Boys. Pretty good. 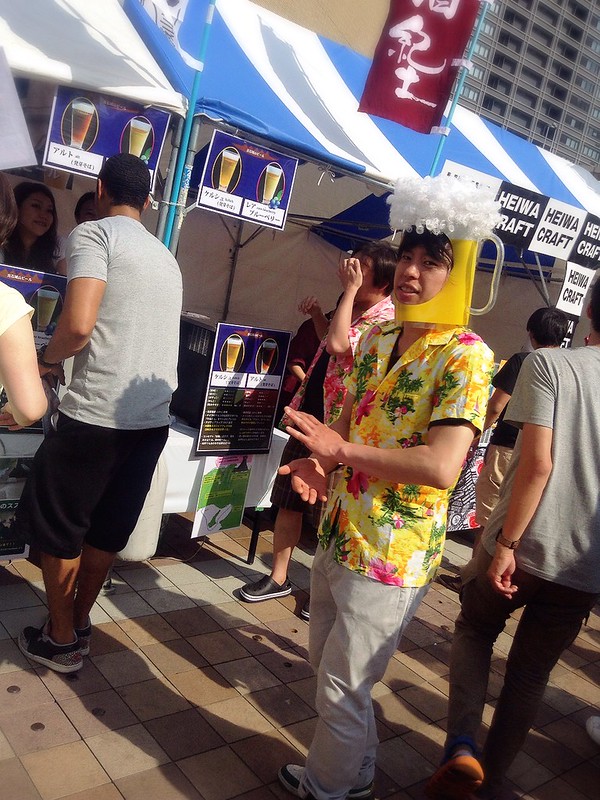 He thought so too! 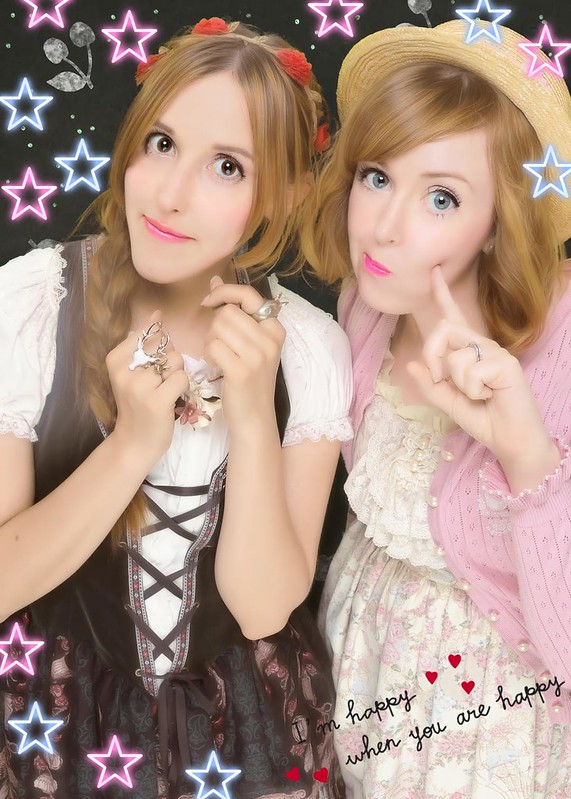