Following our way through the hiking magazine we decided to go to Tomogashima! Its a small island off Wakayama that used to be a military base. 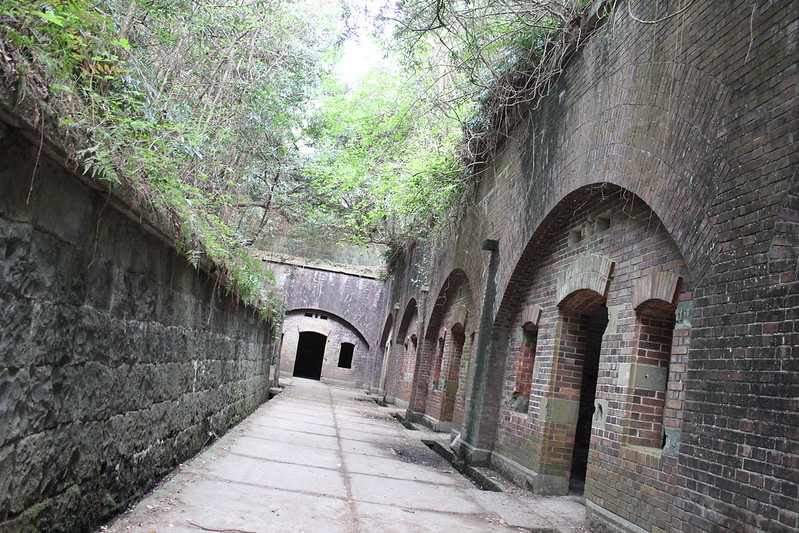 We decided to camp over for one night, at the port in Kada we bought our boat tickets, camping ticket and bbq ticket. It really wasnt much, about 2000yen each return. 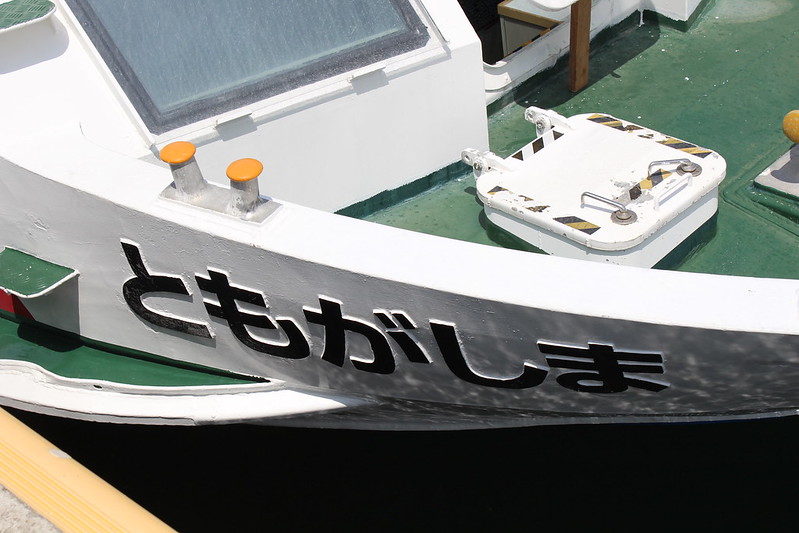 When we arrived we headed straight to the camping area to drop off our things and set up. 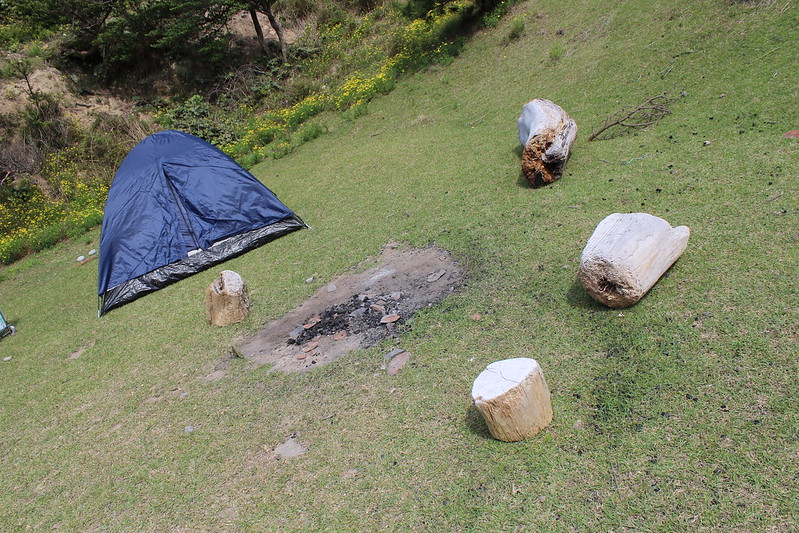 We pitched right by the sea. The camping facilities are very basic, just one toilet and sink, open fires arent allowed but it seemed as if many people had camping fires.

After setting up we went exploring! There is a small information hut where the boat comes in so we had already picked up a map from there with the recommended route. 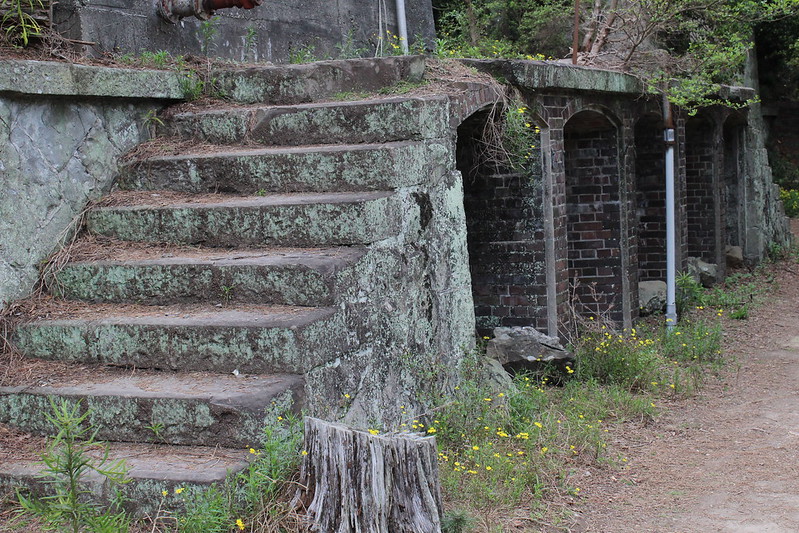 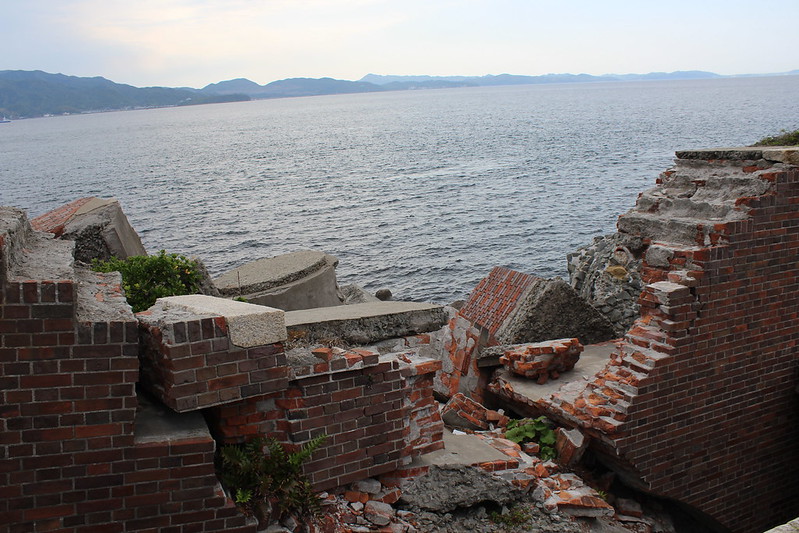 Some areas were off limit when we visited due to a landslide. 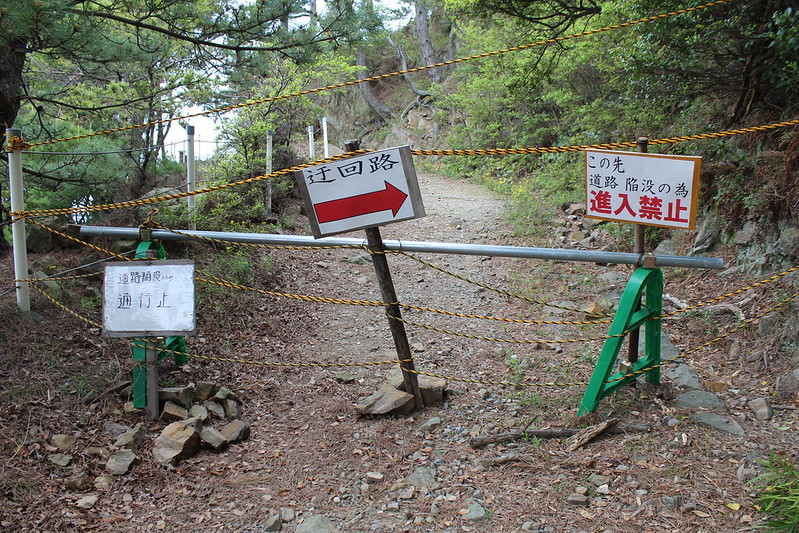 The lighthouse is one of the logos of Tomogashima, but I didn’t think it was particularly interesting or beautiful. 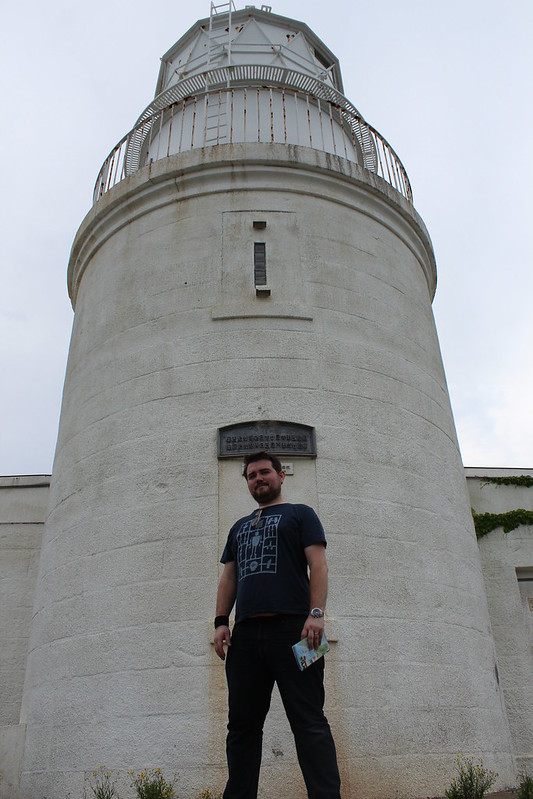 The most famous view is from the weapons battery, you can explore the tunnels underground but there is no light so you need a flash light (which of course we didn’t have!). 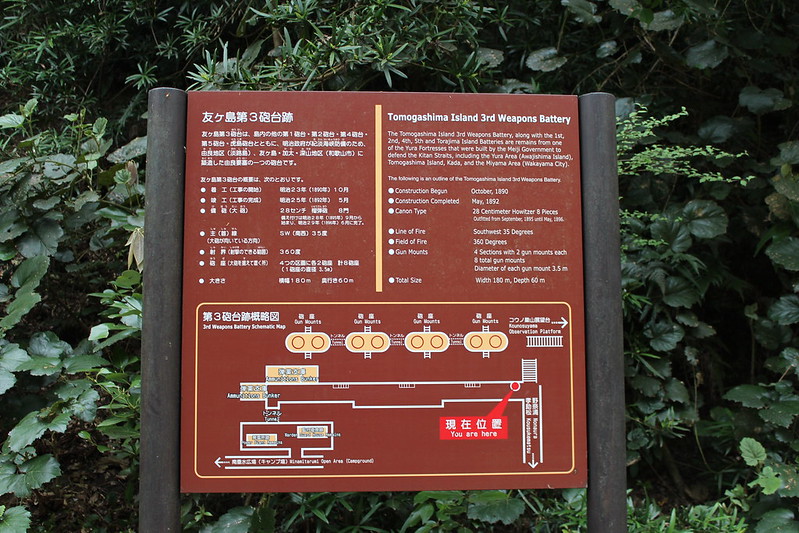 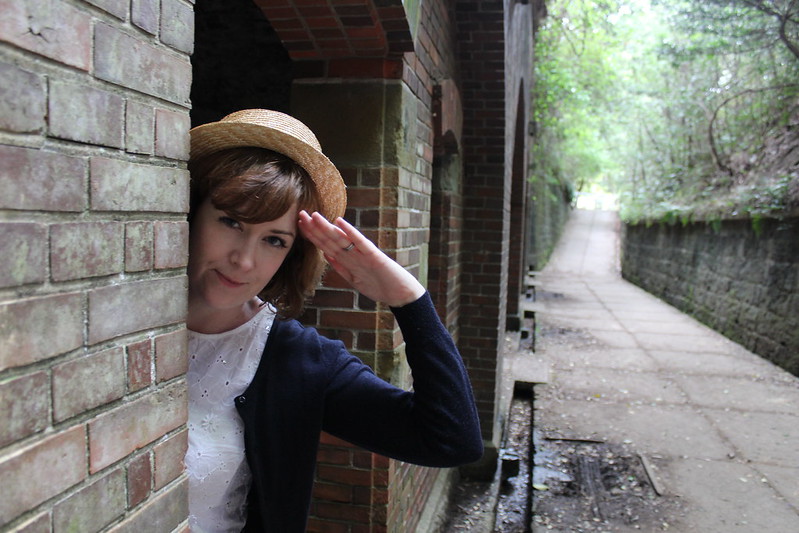 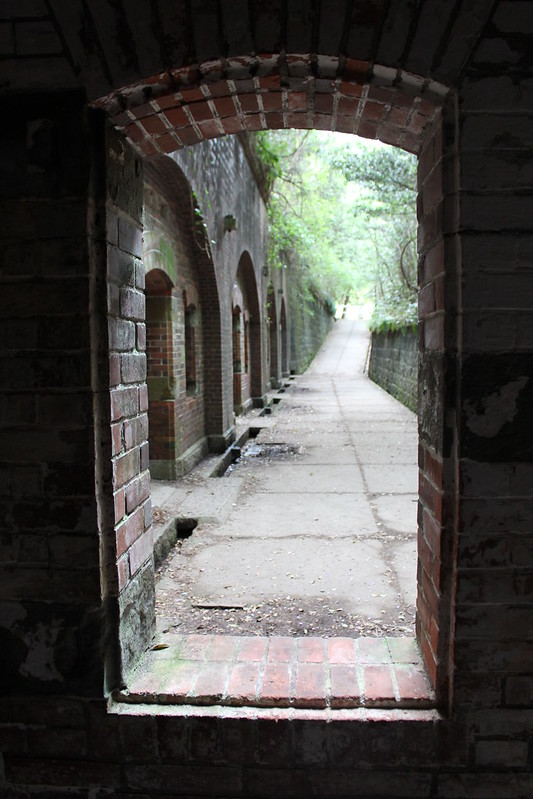 The island also had some buildings that used to be hotels and restaurants, maybe back in the 1970s/80s and have long since gone bust. There was once place still operating a BBQ service (for 3,000yen each) but the others were all empty. A lot of trash from these places was strewn around – broken vending machines, rusting refrigerators, random chairs and oil cans. 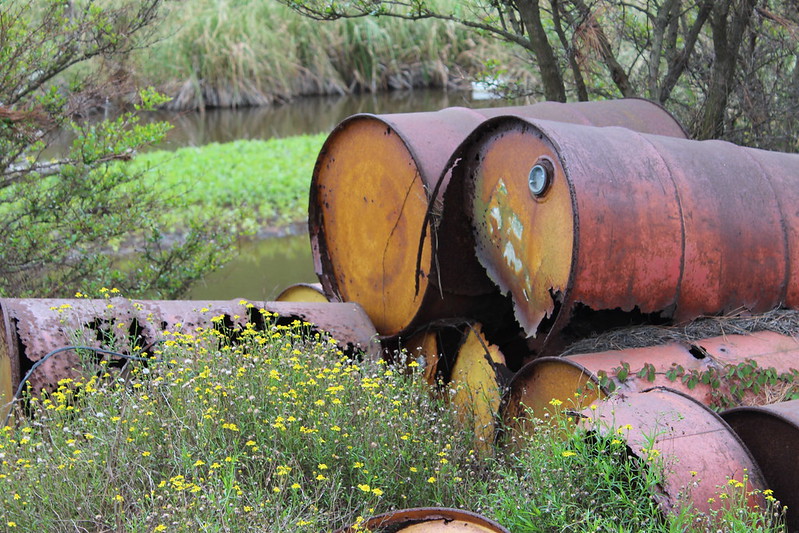 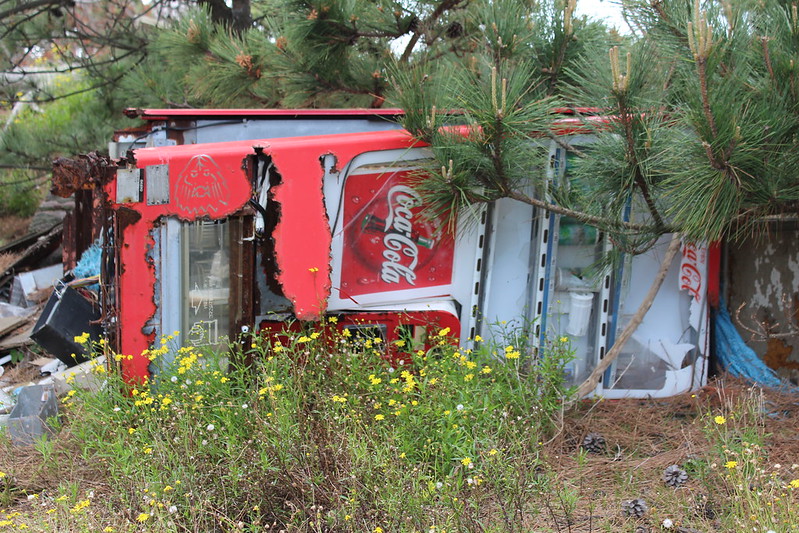 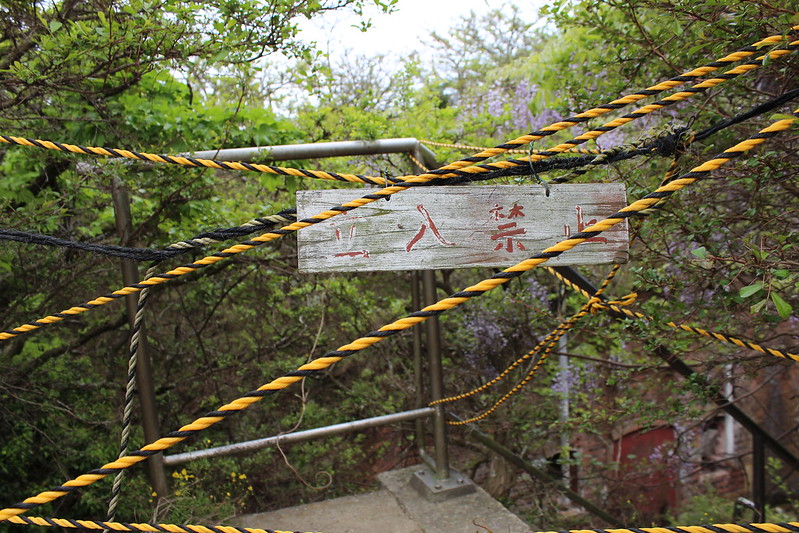 By 4:30pm the last boat back to the mainland had left, and only the campers remained, Tomogashima has no residents so once that boat leaves your all alone. 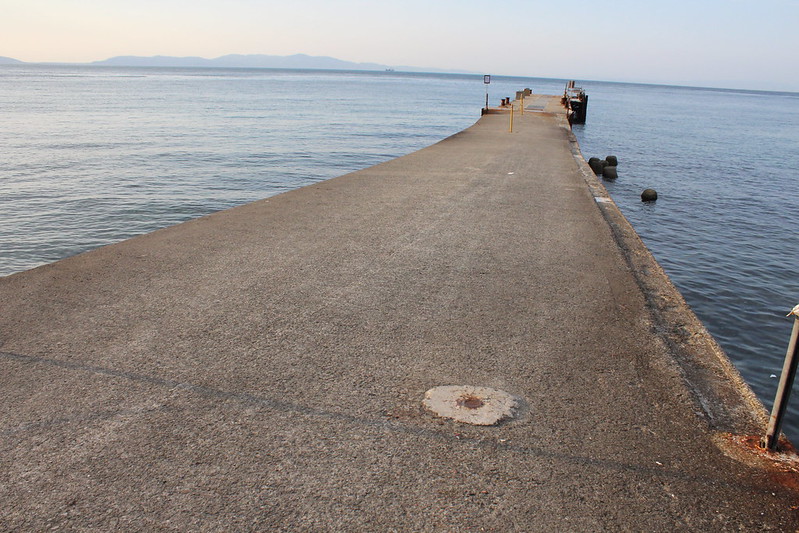 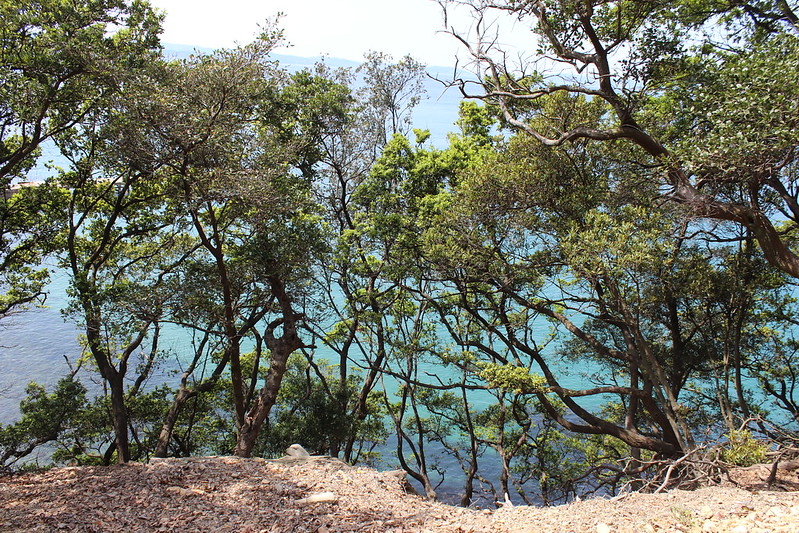 It was pretty peaceful and quiet after that, a lot of insects and birds, the island is famous for deer and despite seeing a lot of deer dropings we didnt see any deer.

There were lots of signs about warning of snakes but luckily I didnt see any (I swear I head one snaking past in the night though!). 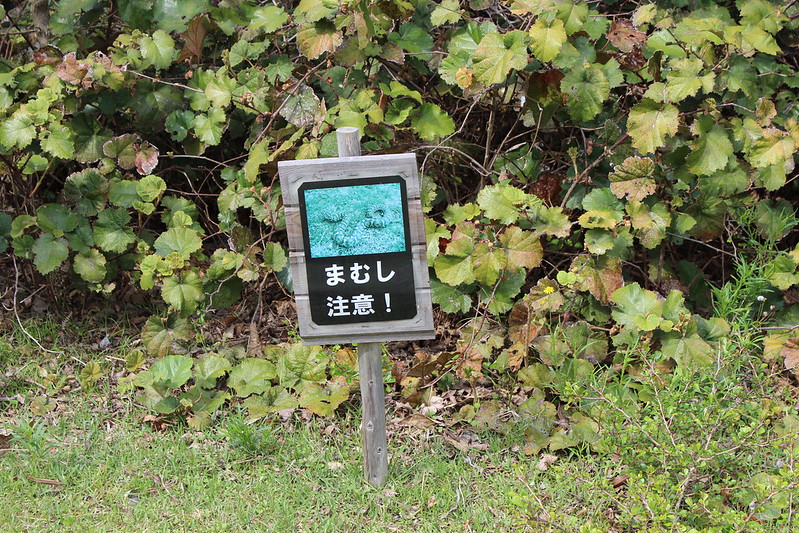 In the evening we sat by the pier and watched the oil tankers go by and the sun set. 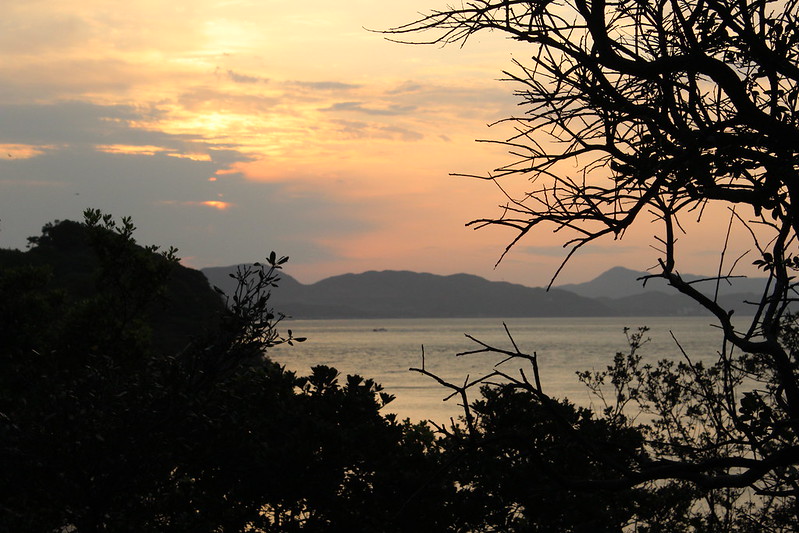 When we got back to the campsite we started up the BBQ, it was the start of Golden Week but there were only 5 other tents, mostly couples – and one big family group.

We ate lots of meat and drank lots of wine before playing monopoly and going to sleep. It was pretty windy by the sea but I slept fairly well apart from waking and hearing a distinctive swish-swish noise right outside the tent…

In the morning we packed up and headed back to the pier to wait for the boat, J entertained himself by skimming stones, and I was having trouble keeping catepillars out of my hair! 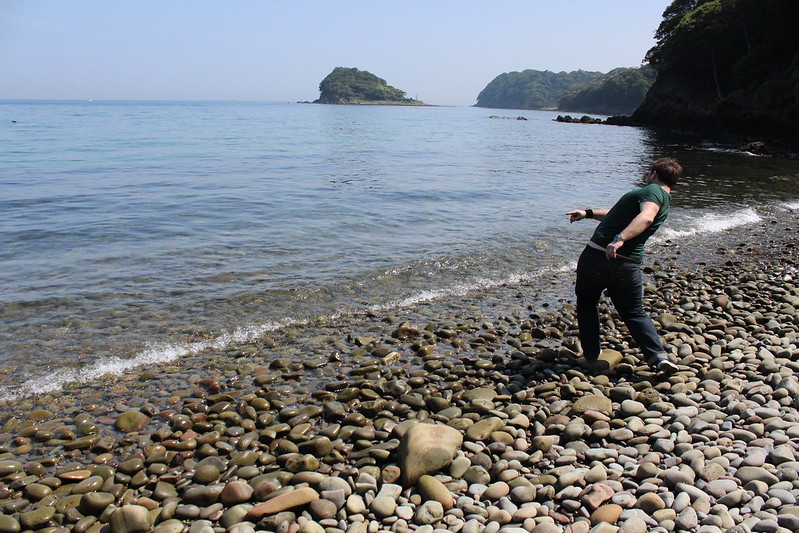 The boat brought a fresh wave of tourists to the island and as we were the only ones heading back we had the boat to ourselves. 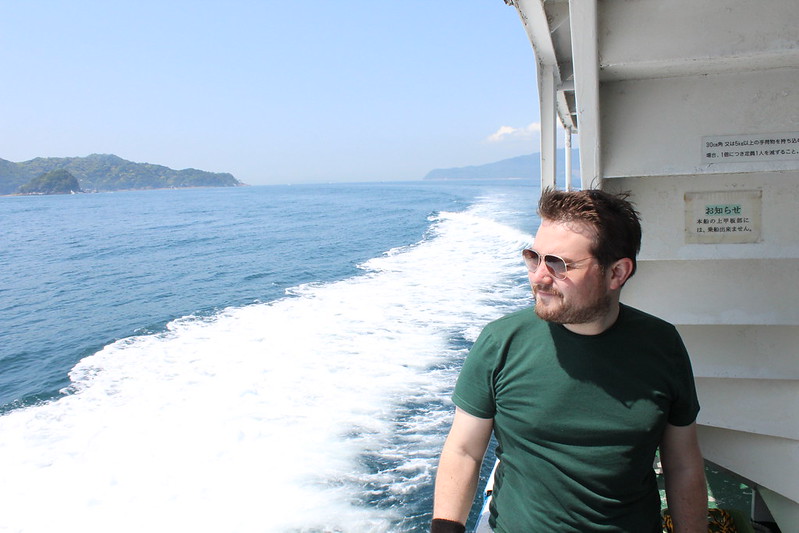 I had a really fun time on Tomogashima, it was probably more exciting than when we went to Gunkanjima.

If you want to go, check the boat times beforehand as they aren’t so regular, take insect repellent, a torch and a jacket for when it gets dark (its by the sea and a little cold). There is one “shop” open on the island but its best to bring everything you need with you, and bear in mind you also have to take all your trash with you when you leave. There are vending machines on the island that operate in the daytime but are quite expensive – a can of Suntory Rich Malts beer was 400yen (usually 150yen).