Ive wanted to visit Naruto for the longest time, and finally we managed to go! 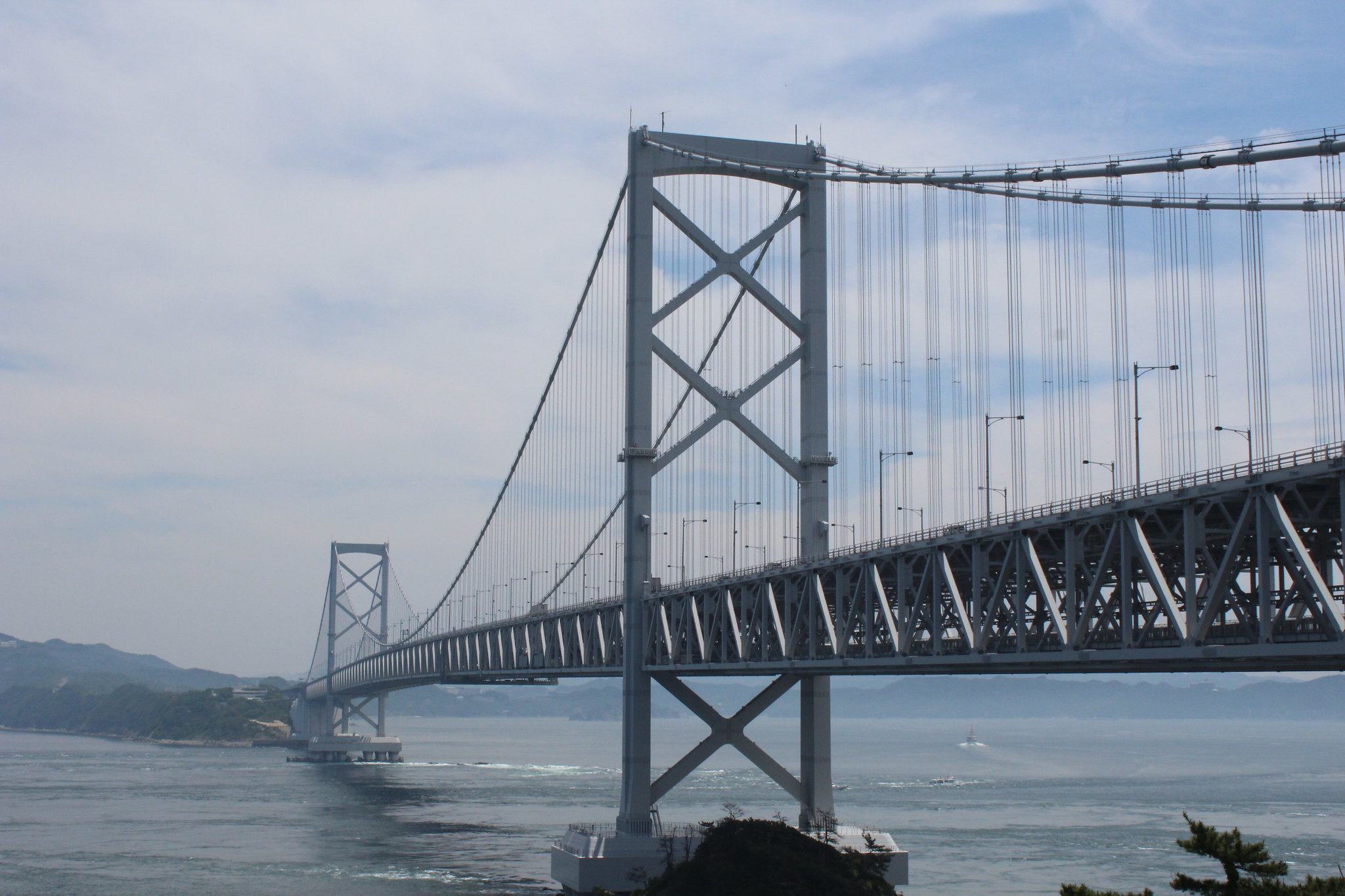 To get there from Osaka without a car is a little troublesome, eventually we found a bus service from Hankyu Umeda bus depo that went directly to Naruto Park. It cost just under 6000yen for a return ticket. After an hour and half on the bus we arrived at the park. 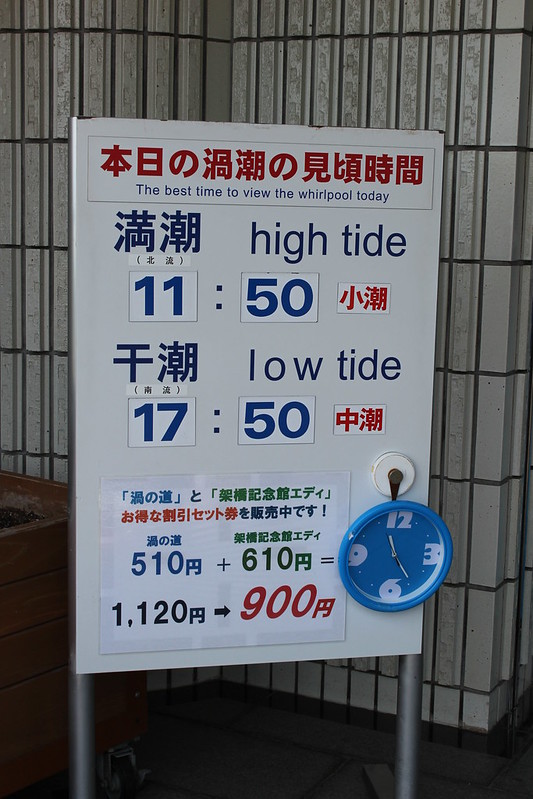 First we went to the bridge to view the whirlpools from above, when there we saw a combo ticket for a boat tour as well so booked that at the same time. We chose the small boat as recommended by the cashier. 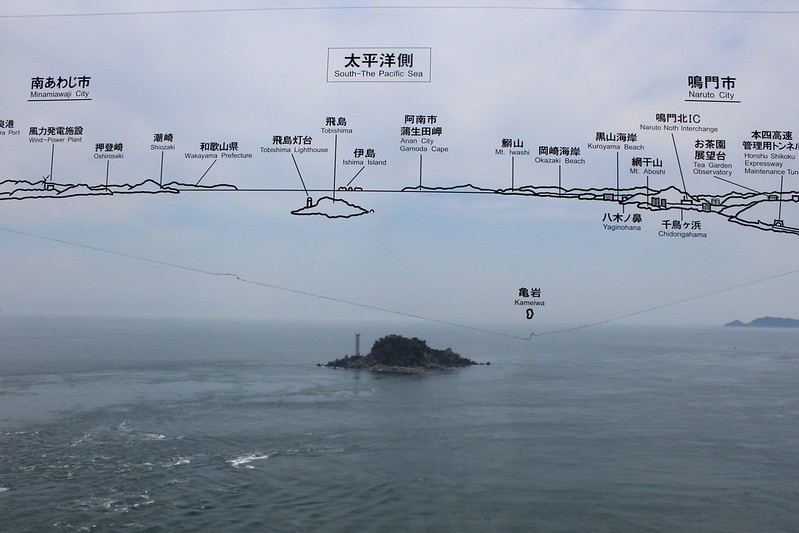 The view! The bridge area had lots of large glass windows so you could great a great panoramic view. 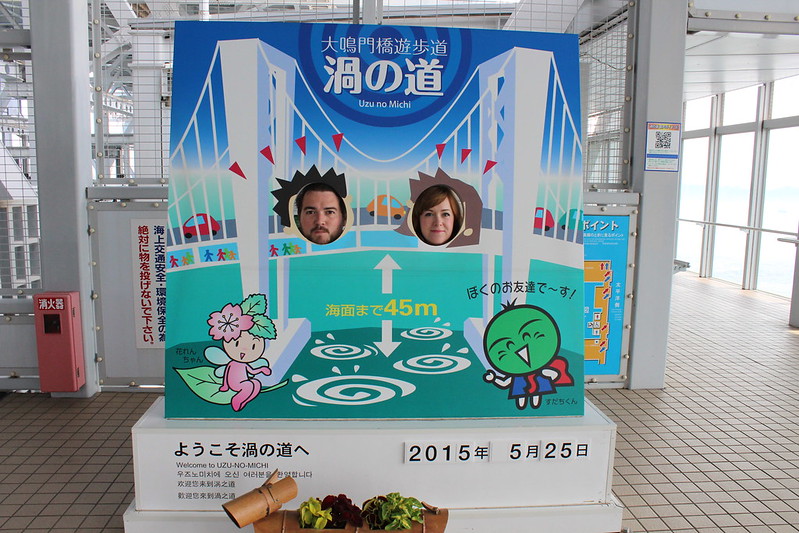 Hehe I can never resist these. 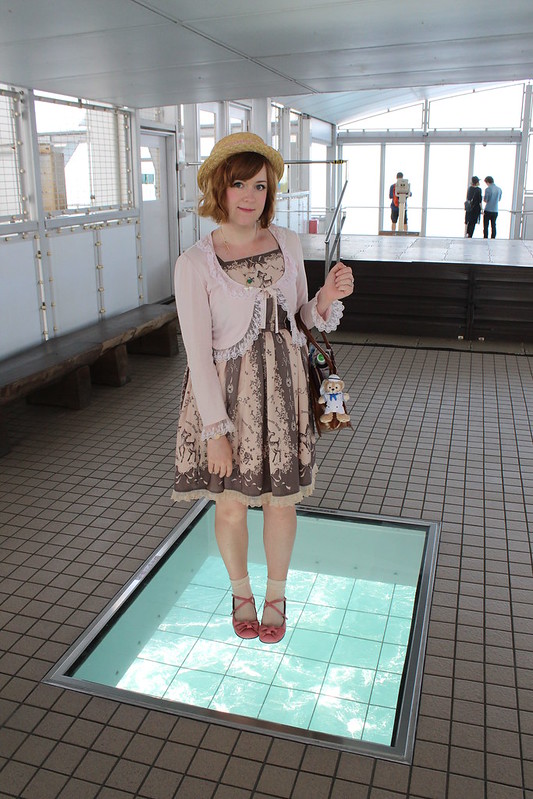 Standing on the glass windows, the sea was really choppy but we couldnt see many whirlpools. 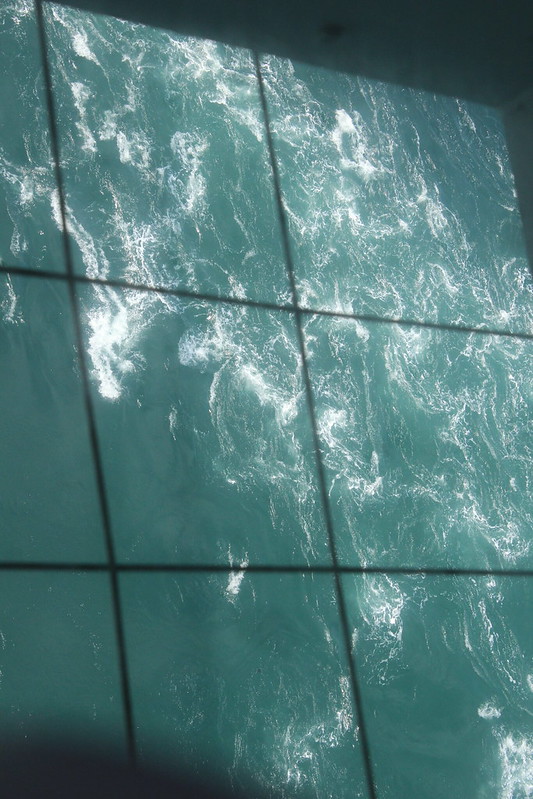 You can just make out a small one here, they only formed for a few seconds at a time so was hard to capture with a camera.

After the bridge we walked around to the harbour to catch the boat. 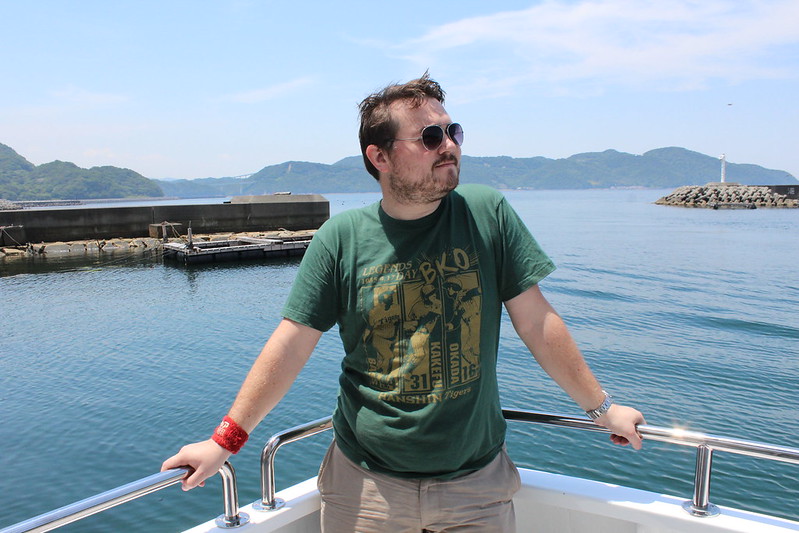 They turn every thirty minutes and for our tour we were the only passengers!!! Private boat! 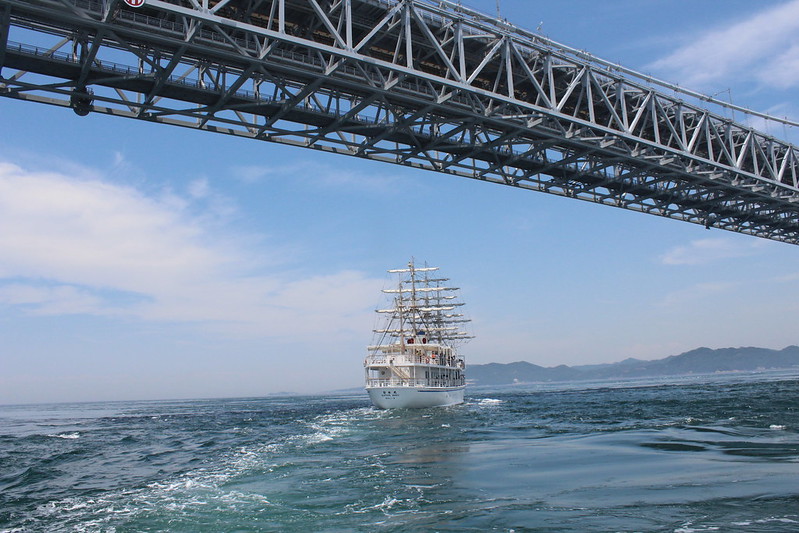 There were a few other boat companies operating like this pirate boat that had quite a few passengers, I bet they were wondering who we were having a boat to ourselves!

The boats circle the main part of the eddy in turn so we got to see the same as any other boat tour. It was fun spotting the whirlpools but in this season they werent very strong and only formed fleetingly. 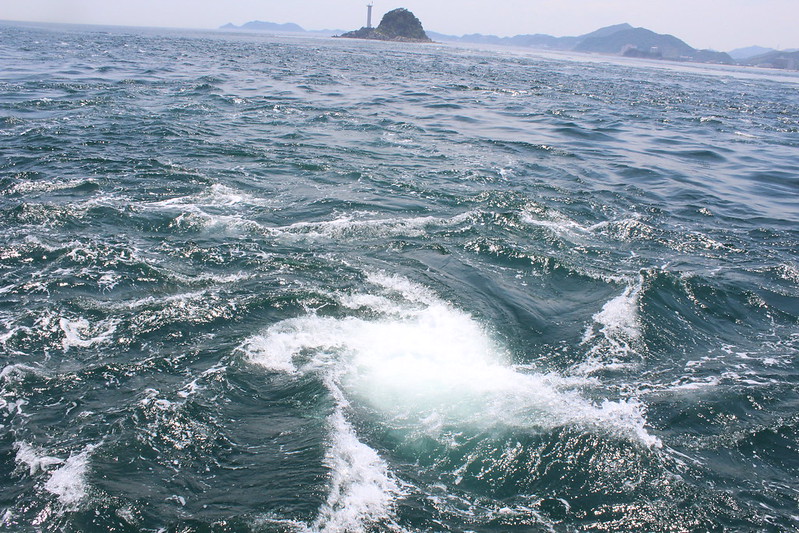 After the boat we sat by the sea for a while and ate some lunch we had brought with us, it really was a lovely day and we could spot lots of fish and jellyfish in the water. 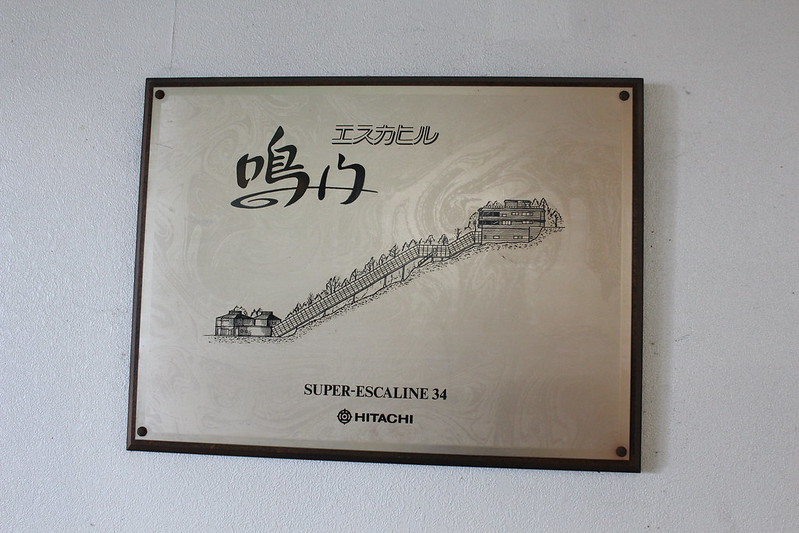 Our next stop was the observatory, it was 300yen to go up on a huge escalator. 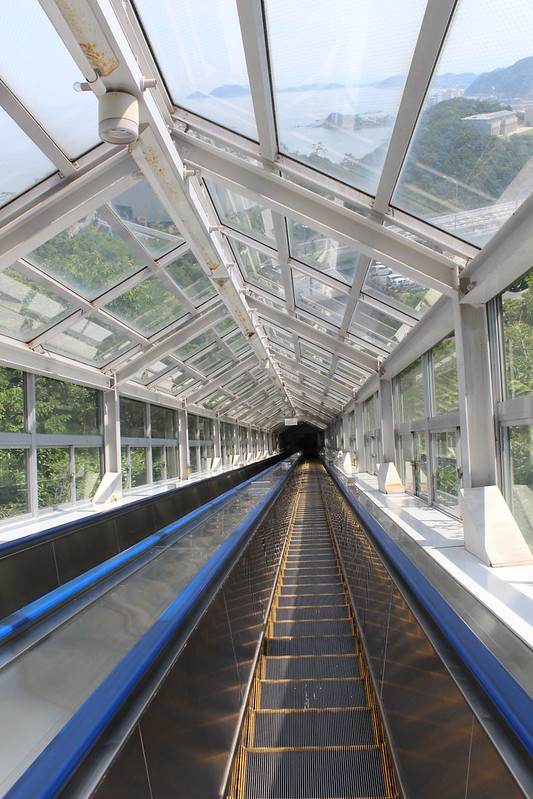 The view from the top was pretty great!!! 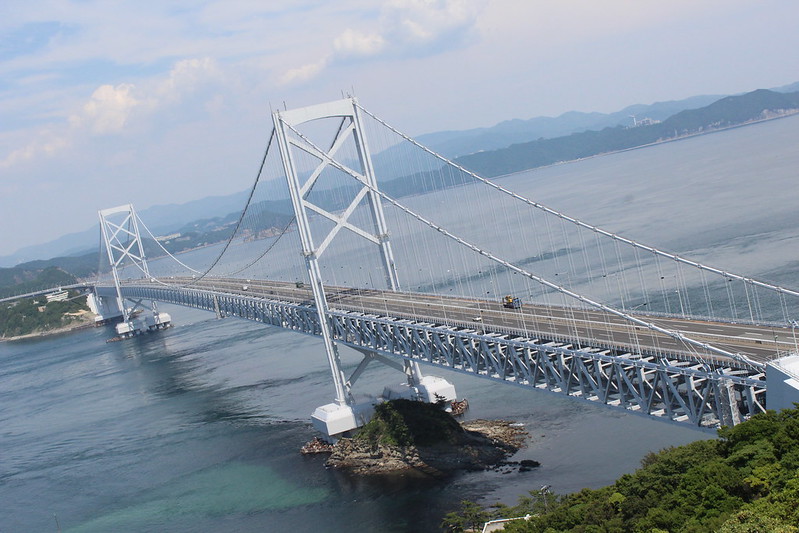 The place was pretty run down inside and the two resturaunts in the building had long since shut down, the cafe and gift shop on the first floor were still open however and we went by to try some special ice cream. 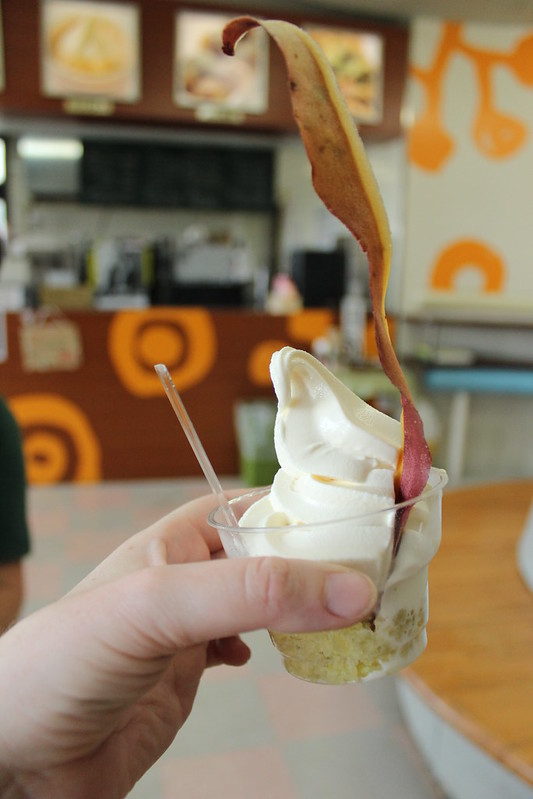 Hot potato and soft cream! It was unique.

That was all there was in Naruto Park apart from the museum which we decided not to go to. To get back on the highway bus to Osaka we had to go into Naruto which required a local bus, its not possible to walk it.

Im glad I finally got to go to Naruto, we did see some small whirlpools but not the epic ones you see on travel websites, I think its best if you go expecting to see nothing!